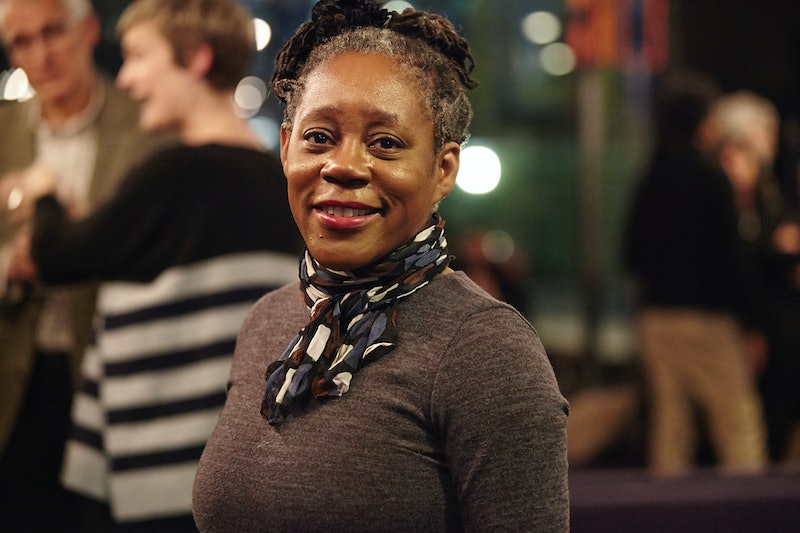 Breaker of several barriers in the art world, Sonia Boyce has been named the first black woman to represent Britain at the Venice Biennale, per the Times. If the name is unfamiliar, here's everything you need to know about Boyce and her groundbreaking work.

Born in 1962, the British Afro-Caribbean artist is famed for her collaborative approach and is currently chair in Black Art & Design at the University of the Arts London (UAL). She was awarded an MBE for services to the arts in 2007; an achievement that was upgraded to an OBE in 2019.

The artist hit headlines in 2018 when she temporarily removed a painting by John William Waterhouse from the Manchester Art Gallery. A move intended to shed light on the choices museum curators make when deciding which artworks to showcase, it resulted in "a level of anger and vitriol that was really unhealthy," Boyce later told the Guardian.

When Boyce was younger, she didn't recognise art as a potential career path. But thanks to the encouragement of her teachers, she attended art school in the West Midlands. “It was very clear when I was at art college that I was somehow out of place; the system hadn’t anticipated me, or anyone like me," she explained to the Guardian. “Even though there were a lot of female students, they were thought about as though they were being trained to become the wives of artists, not artists themselves. As a black person, there wasn’t a narrative at all."

Swiftly, per the Guardian, she became a firm fixture in Britain's 1980s black arts scene. Her work — which initially focused on large-scale paintings before moving into other mediums such as sound and photography — untangles the exclusion and "othering" of black people throughout history.

At the age of 25, she became the first black female artist to feature in the Tate's collection, reports the Times, with a drawing titled Missionary Position II. In 2015, she announced the launch of a three-year project that would "rewrite art history", as the Independent notes.

Boyce, along with a team of researchers and artists, aimed to compile the first database of artworks by people of colour that sit in national collections. The efforts of the Black Artists & Modernism project were detailed in a BBC documentary.

As Boyce explained to the Independent: “Many artists don’t want to be framed within a discussion about race. If we look back, these are black artists who went to art school and rubbed shoulders with their contemporaries and played their role in shaping the movements of their day. Without black artists, there would be no modernism.”

Her collaborative thinking is likely to extend to the upcoming Venice Biennale. The artist told the Times she plans to encourage "other people to get involved." Hinting to the paper that Brexit may play a part in her upcoming show, she added: "There are serious questions about how people can come together, particularly when there might be tensions around differences. But through art, it is possible."

Boyce will take over the Biennale's UK pavilion from May until Nov. 2021. In a statement, Emma Dexter, chair of the British Pavilion Select Committee, said: "Boyce’s work raises important questions about the nature of creativity, questioning who makes art, how ideas are formed, and the nature of authorship.

"At such a pivotal moment in the UK’s history, the committee has chosen an artist whose work embodies inclusiveness, generosity, experimentation, and the importance of working together.”