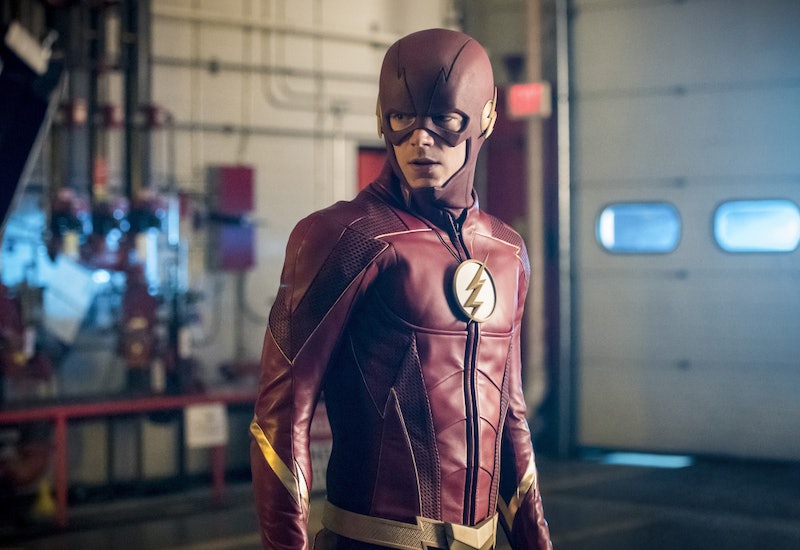 The fastest man alive is coming back to television soon. The Flash Season 4 premieres Oct. 10, 8:00 p.m. ET on the CW. Season 3 left viewers on a cliffhanger, with Barry Allen walking into the Speed Force, seemingly gone from his reality forever. However, previews for Season 4 show the inevitable speedy return of the leading character. In addition to returning characters, many new faces are set to make their debut on the show, including one called "The Mechanic." So, who is The Mechanic on The Flash? She's the a new evil sidekick, who's going to cause the good guys some trouble.

Each season of The Flash features a big bad that threatens to take down the world. According to Comicbook.com, Team Flash revealed some new baddies at their San Diego Comic-Con panel in July. The ultimate bad this season is The Thinker, a hyper-intelligent metahuman with a goal of "fixing humanity." Just like every hero needs their support team, every bad guy needs their followers. The Mechanic is an intelligent engineer and a loyal follower who designs devices for The Thinker. The Mechanic will be played by Kim Engelbrecht (Dominion), and sounds like a pretty awesome villain in her own right.

The Mechanic doesn't have an extensive comic background like some of the other new characters in Season 4. In the comics, the Mechanic has only appeared in four issues, starting with Knight & Squire Vol. 1 in 2010. The Mechanic is very much a peripheral character in the books, so there is much more information out there about her boss The Thinker. The Thinker is a genius inventor who fights the Flash using a "thinking cap" that has special powers like mind control. The show tends to borrow from the comics, though the writers often reinterpret storylines and have been known to change or beef up characters. While less is known about The Mechanic, she's supposed to be a powerful ally of an already powerful evil.

Engelbrecht spoke to The Money Show With Bruce Whitfield, a South African radio program, about her character. She clarified that the Mechanic will be operating in service of The Thinker, who's played by Neil Sandilands. She said:

"In Season 4 there's the new big bad. And the new big bad is The Thinker known as Clifford DeVoe and he's got a loyal lieutenant. I call her that, soldier terms. And she is called The Mechanic and she builds everything that he thinks up. So she's not only a highly intelligent engineer, she's also like a technician, 'cause she maintains and she fixes and she's like a mechanic. She can build anything. So his aim is to save humanity and her job is to build anything that he thinks up. This season is going to be the fastest man alive against the fastest mind alive."

Before The Mechanic or The Thinker or any other bad guy takes center stage in Season 4, there are problems within Team Flash that need fixing, particularly Barry emerging from the Speed Force. The Speed Force will challenge and change the hero, creating problems before the bad guys even show up. Grant Gustin, who plays Barry, told TV Line:

"[Being in the Speed Force is a] pretty overwhelming experience. He's getting a little scrambled. [I] don’t think he will be same Barry when he comes out."

So, before any evil can be addressed, the heroes will have to fight to get their team in order and get their leader back to himself. They probably won't have long to do that before the tag team of the Thinker and the Mechanic unleash their nefarious plans.