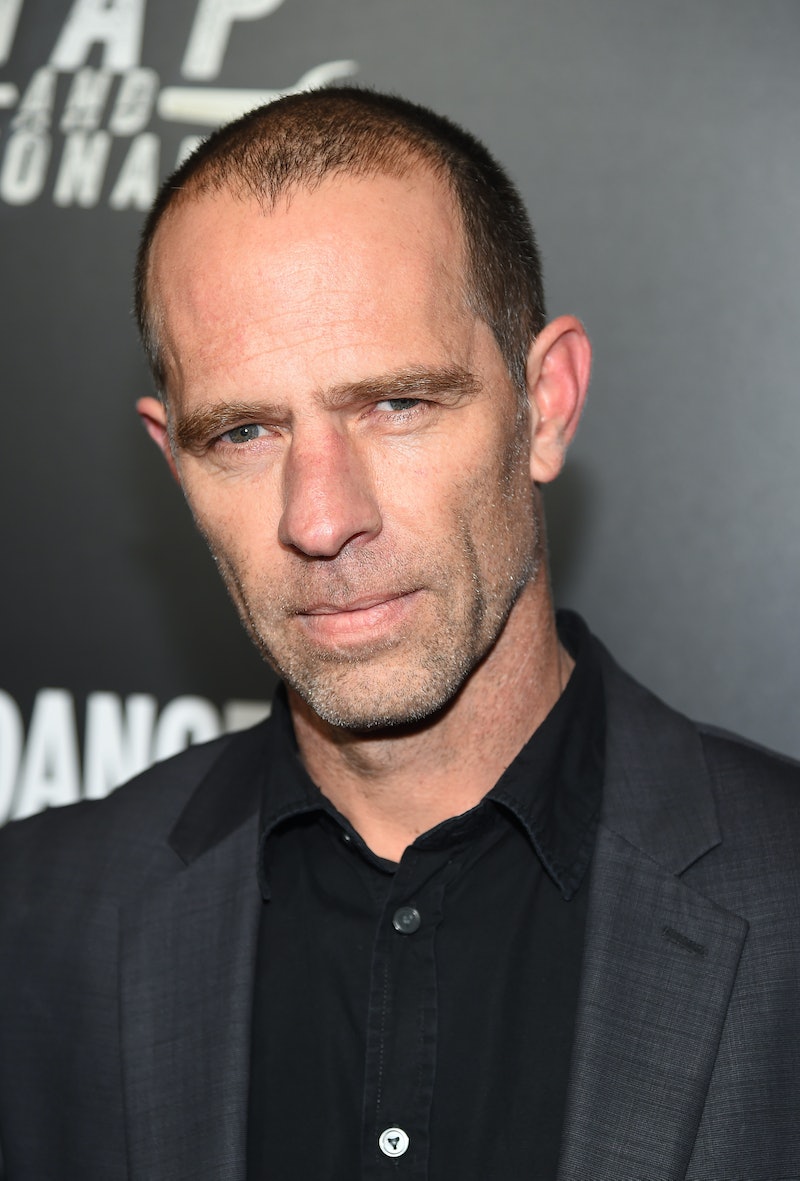 The Scarlet Speedster returns to the CW on Oct. 10, and with season 4 comes a classic villain from the comics. This season, the Flash will find himself in a battle of wits against the Thinker on The Flash. Who exactly is this character, played by Neil Sandilands? That’s a more complicated question than you might imagine.

Complicated, because “The Thinker” has actually been the name for three different characters in DC comics history. The Thinker has been Clifford DeVoe, Cliff Carmichael, and finally, an artificial intelligence. At various points in the DC mythology, his character has worked with some really despicable people: the mob, the Suicide Squad, and the Injustice Society. Despite similarities between the three iterations though, each of them have their own quirks.

Clifford DeVoe was the first to use the moniker of the Thinker. First appearing back in 1943, he was an attorney who ended up turning to a life of crime and working with mob boss Hunk Norvock. Back then, DeVoe was arch-rivals with the original Flash, Jay Garrick. His main power had to do with his intellect, namely the creation of his “Thinking Cap,” a metal helmet that gave him telekinetic powers and mind control abilities. After a convoluted storyline that saw Thinker not age for a number of years before having his evil plan foiled, he was able to be a part of modern storylines like his Suicide Squad appearance. He then died of brain cancer brought on by his famous invention.

That Thinking Cap of DeVoe’s would end up in Cliff Carmichael’s hands next. Primarily a Firestorm villain, he used the cap in a similar way to DeVoe, which granted him various mental and telekinetic powers. However, like DeVoe, Carmichael died in the comics. During a Suicide Squad mission, he tried to betray the team, only to be shot dead by King Faraday. Mister Terrific then used the Thinking Cap to develop an A.I. — however, the program gained sentience and joined the Injustice Society. After hacking into the Society’s headquarters the A.I. Thinker was defeated by Cyborg.

Of course, Sandilands’ Thinker on The Flash could incorporate aspects of the three iterations of the character, or it may just be an exact recreation of one. We won’t know until the season actually kicks off, however. What we do know for sure is the Thinker represents a departure from the norm with the series. In the first three seasons the Flash has gone up against superhuman speedsters time and again: Zoom, Reverse Flash, and Savitar. But this season Flash will have to be more concerned with out-thinking his archenemy, not outrunning him.

The change in powers for the Big Bad isn’t the only major change to come to The Flash. The other big alteration for the show will apparently be a change in tone. Executive producer Andrew Kreisberg expounded on that tonal shift in a promotional video for the CW. He said:

"Last season got really dark, and on purpose … We wanted to do that. We’re not gonna out-dark ourselves. We really wanted to… pivot and sort of lean in to like fun and light and brightness. So the title of the premiere is actually ‘The Flash Reborn,’ and for us it’s sort of like a little bit of a restart and diving into sort of more comedy and more fun, and more brightness and more excitement."

Clearly, this season will have a lighter tone than previous ones, which seemed obvious even without Kreisberg saying so. It’s hardly as if the name “The Thinker” will cause anyone to be shaking in their super suits. But what it does imply is the Flash’s rogues gallery could step out into the spotlight in a big way this season.

Think about it: the Thinker is not physically strong; he could never hope to match the Flash physically. However, with the help of other super villains at his direction, he could best the Flash. Characters including Mirror Master, Captain Boomerang, Trickster, and many others have been real threats to the Flash in the comics — and together they could be more formidable than some of them have been on television on their own.

In the comics, DeVoe was an advisor before to the mob before leading the criminal organization. Perhaps this season, he decides to form a new super criminal league of his own. After all, his strength lies in his ability to influence others by simple manipulation or outright mind control. The Thinker is sure to be unlike anything Flash has faced before.