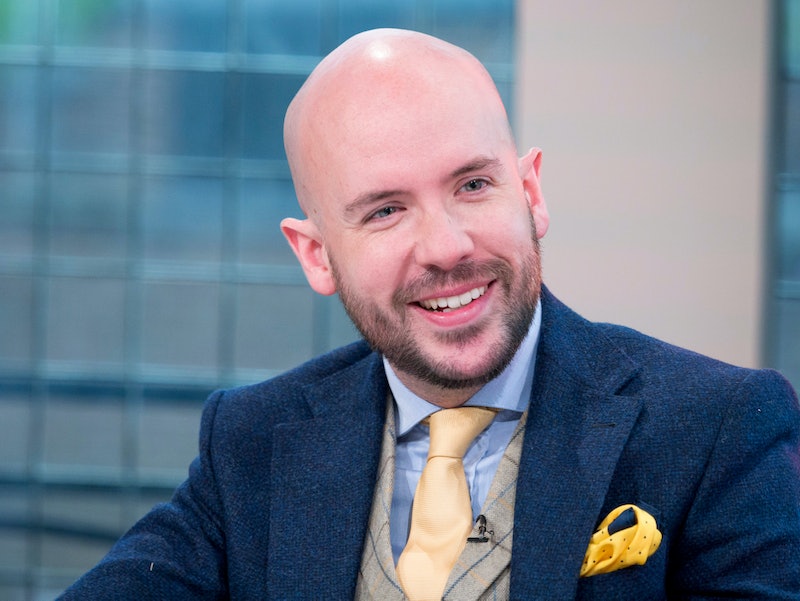 Channel 4's Bake Off: The Professional is all about taking the immense amount of pressure felt in the Bake Off amateur tent and doubling it. The stakes in this show feel higher than normal as some of the country's most elite pastry chefs go head to head. So, who are the people overseeing all this madness? Alongside Bake Off alumni Liam Charles, one of the country's most-loved comedians hosts the show. But who is Tom Allen, and what's his story outside the tent?

If you're an avid viewer of 8 Out Of 10 Cats Does Countdown, you're probably familiar with Allen's antics alongside Susie Dent in Dictionary Corner. When he's not appearing on panel shows like Mock The Week, Taskmaster, Have I Got News For You, and hosting Bake Off: The Professionals, Allen is also known for his hilariously hyperbolic Live At The Apollo sets as a fantastic stand-up comedian.

Allen first began his comedy career when he was 22 years old, "and went on to win both 'So You Think You're Funny' in Edinburgh and the 'BBC New Comedy Awards' in the same year," as his official website describes. If you thought Allen's CV was already overflowing, the Bake Off host is also an actor and writer and, hosts a weekly podcast called Like Minded Friends with fellow comedian, writer, and actor Suzi Ruffell. Described as "a podcast where two homo comedians talk about life, love and culture... sometimes."

As Allen's website points out, he's no stranger to Bake Off. In fact, he was a series regular on the competition's spin-off show The Great British Bake Off’s Extra Slice, where he helped comedian Jo Brand bring all the laughs with various viewer competitions, interviews with celebs, and a lot of audience interaction.

Allen has also had success his 2017 comedy tour Absolutely, which first took shape at the Edinburgh Festival as Indeed. In this tour, Allen drew upon the frustrations of his generation, like the inability to afford to buy a house. "I certainly wouldn't consider myself a political comedian but it's an interesting time, though for me it's still combined with a sense of snobbery," he told news site Latest Brighton. "I still have an air about me that's, '[W]ell, of course I still want avocado on sourdough bread' and 'no, we're not going to a Toby Carvery for dinner, absolutely not."

While Allen isn't bringing this observational comedy to Bake Off as it's a hosting gig, that's not to say that he strays away from his usual antics. The show only recently kicked off, and Allen has already caused a stir with the judges after accidentally knocking "an entire limb" off of a chocolate tree designed by two contestants from Kimpton Fitzroy London," as Digital Spy reports. He played it off hilariously well, but who knows what will happen this week. And anyway, as Digital Spy points out, Sandi Toskvig had a similar incident after she "accidentally dropped Channel 4 journalist Krishnan Guru-Murth's cake from the cooling rack to the table" during this year's series finale.

Hopefully, a similar mishap doesn't take place tonight, but at least if it does Allen will be able to brush it off with his hilarious wit as always.

Bake Off: The Professionals continues tonight (May 28) on Channel 4 at 8 p.m.

More like this
Jason Derulo Is Launching A New Singing Show In The UK
By Maxine Harrison
'I'm A Celebrity' Just Made A *Major* Announcement
By Sam Ramsden
After The Bling Ring, Nick Prugo Was Embroiled In Another Scandal
By Arya Roshanian
The Bling Ring's Alexis Neiers Has Come A Long Way Since Her 'Pretty Wild' Days
By Sophie McEvoy and Arya Roshanian
Get The Very Best Of Bustle/UK