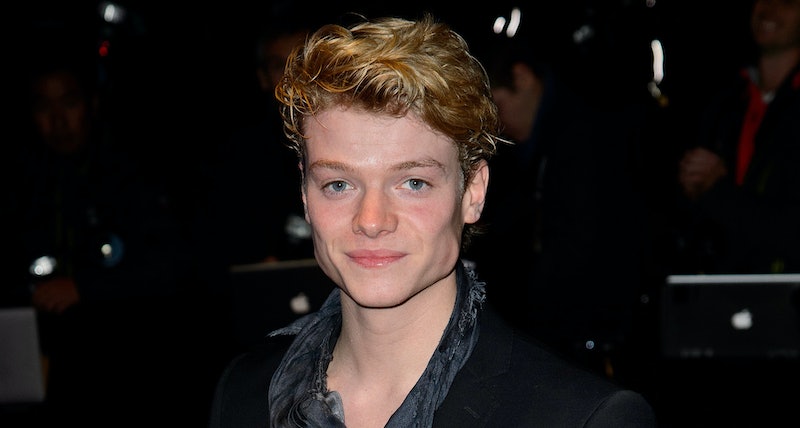 Family drama, a murder, and a whole cast of likely suspects—if thrilling crime dramas are your cup of tea, you're going to love 15 Days. The new Channel 5 series begins with the brutal murder of a young man before rewinding exactly 15 days to establish which of the people around him was responsible. And the actor playing the poor character who meets his untimely end may well be a bit of a familiar. So, who is Tom Rhys Harries? The 15 Days Actor has got a fair bit of experience under his belt. Cancel all of your evening plans this week because with the tagline “the end is just the beginning,” 15 Days promises to have you hooked from start to finish.

Rhys Harries takes on the role of Rhys in 15 Days. As per the trailer, the show opens with his character being shot before going back in time to take viewers on the journey to establishing who did it. In the weeks leading up to his death Rhys Harries’ character is reunited with his estranged siblings Nia (played by Mali Tudno Jone), Gareth (played by Geraint Morgan), and Sara (played by Catherine Tyldesley) after their mothers death. Adultery and a fight over the will leads to a fatal end.

This is by no means Rhys Harries' first foray into the world of TV. Quite the opposite in fact. According to his agents, he made his first appearance on our screens in 2012 in the BBC production of Parade's End. He went on to star in Midsummer Murders and in 2015 took on the role of Sackler in the ITV adaptation of Jekyll and Hyde. In 2018, Rhys Harries returned to our screens as Elliot Hollis in Series 3 of Unforgotten on ITV.

Rhys Harries has proved he is a super versatile actor, getting recognition for his work on stage and screen. In 2018, he won the award of Supporting Male at the Offie Awards for his part as Cosmo in The Pitchfork Disney. He made his West End debut in 2013 as Silver Johnny in the play MOJO starring alongside Rupert Grint and Ben Whishaw. He also took on the role of Dakin in the iconic The History Boys.

From playing a suspected murderer to a preacher, it would seem that Rhys Harries' varied experience makes him perfect for his complex, new role as Rhys in 15 Days. There is no denying that it sounds seriously thrillin, from start to finish. The only thing left to do is work out who is most likely to have done it.

If you are anything like me, you won’t be able to take your eyes off 15 Days and the good thing is you won’t have long to wait between episodes. Starting on May, 13 at 9 p.m. on Channel 5 there will be an episode every night until May. 16. So if you need me this week, you'll know where to find me (in front of the telly).