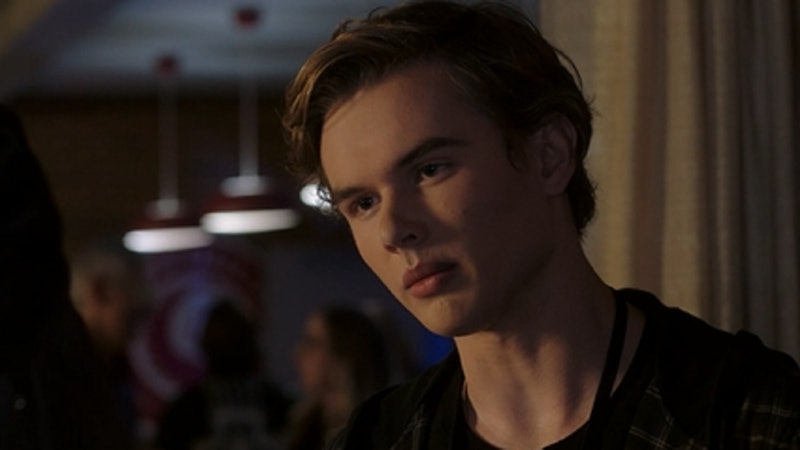 Last we saw Ava, she was really wrapped in her fashion show and also in not trying to be framed for the murder of her secret, dead boyfriend. She was also being chased by a Man/Bear/Pig thing in the sewers of Beacon Heights. But she seems like someone who loves to yell at the help, and yell she does at the guy who was helping manage her fashion show. But it turns out that that same guy, Zach Fordson, is also the son of one of Ava’s dad's victims.

That’s why Zach has to work to put himself through college; his parents are bankrupt and he works three jobs to stay in school. According to the description Deadline published of Zach’s character, he “still maintains stellar grades” while working all those jobs. He also “exudes a tough exterior that hides a sensitive soul who can make anyone melt.” We’ll believe that when it happens.

If you’re into the whole, “I want to read the book alongside” the show kind of thing, you might be out of luck in trying to track Zach through The Perfectionists’ book series. Zach was created just for the television show, probably as a foil for Ava. Zach made it a point to say that his college fund is emptier than Claire Hotchkiss’ heart because of Ava’s dad. Zach is a Beacon Heights University student alongside Ava, and if they’re working together, let’s just assume that he has some ulterior motive for being close to her and working for her fashion show. Like revenge, perhaps?

We don’t know enough about Zach right now to condemn him, but why else put himself in front of Ava unless he wants her and her family to pay somehow? This isn’t the first time we’ve seen this sort of thing in a Pretty Little Liars show. Alex Drake turned out to be Uber A because even though she was Spencer’s twin, she wasn’t afforded the same privilege as Spencer because she was Mary Drake’s daughter.

It could be way too early in the season of The Perfectionists to pinpoint who is trying to hurt Ava and her friends, but let’s take a page from the Alex Drake playbook here — hiding in plain sight and attacking everyone in your enemy’s life is the easiest and most effective way to bring total chaos upon them. Well, that and one weird pig costume.

Sorry, The Perfectionists fans — you can’t chart Zach’s course on television by using the books. You’ll just have to be shocked like the rest of us when he’s actually Nolan and Taylor’s long-lost half brother or something.