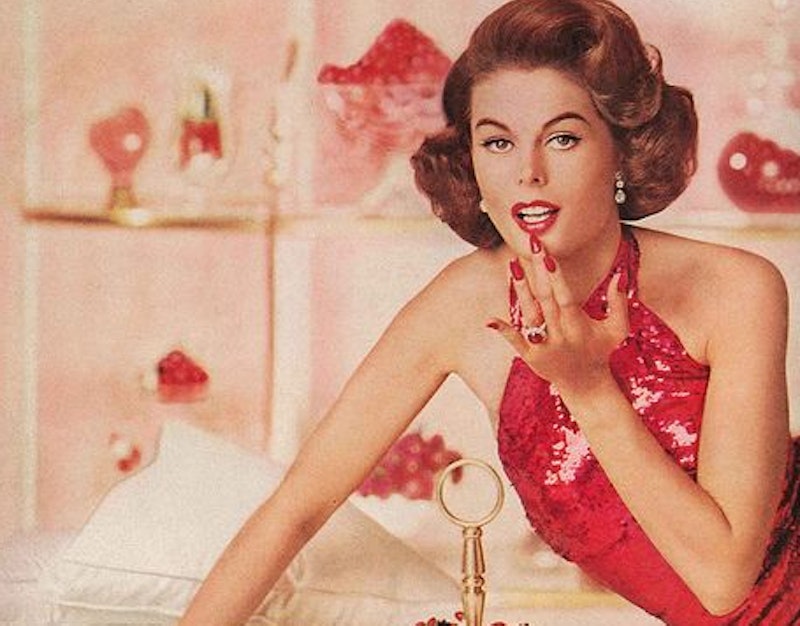 With the recent political climate there's been a lot of talk about immigrants' place in this country, and how immigrants contribute to America. President Trump has moved to end DACA, as well as endorsed an immigration bill called the RAISE Act, which would cut immigration by 50 percent over the next decade. Green card applicants would be ranked by “points” based on things like their skill sets, ability to support themselves financially, and their ability to speak English. To some, this might seem like common sense — why would you be permitted to move to a country if you can't make rent or buy groceries using the predominant language?

But that way of thinking is shortsighted. Part of the reason America is so successful is because of innovations that immigrants have brought forth while standing on American soil and allowing the country to claim the credit. And one of those particular innovations was makeup. You probably wouldn't have a bathroom crammed with cosmetics right now if it wasn't for immigrants.

The original three who brought makeup to the U.S. in the early 20th-century were Elizabeth Arden, who came broke from Canada; Helena Rubinstein, a Polish refugee fleeing World War I; and Max Factor, a Polish immigrant escaping Jewish persecution. Once they set up the beauty industry as we know it, Russian Charles Revson of Revlon entered the game, followed by Eastern European Estee Lauder. The only original makeup tycoon who was neither an immigrant nor first-generation was Tom Lyle Williams of Maybelline. While it's impossible to prove a false negative, these facts are still food for thought. If the country was run on an immigration policy like the RAISE Act from the get-go, there's a possibility we wouldn't be the super power we are now today. Let us explore.