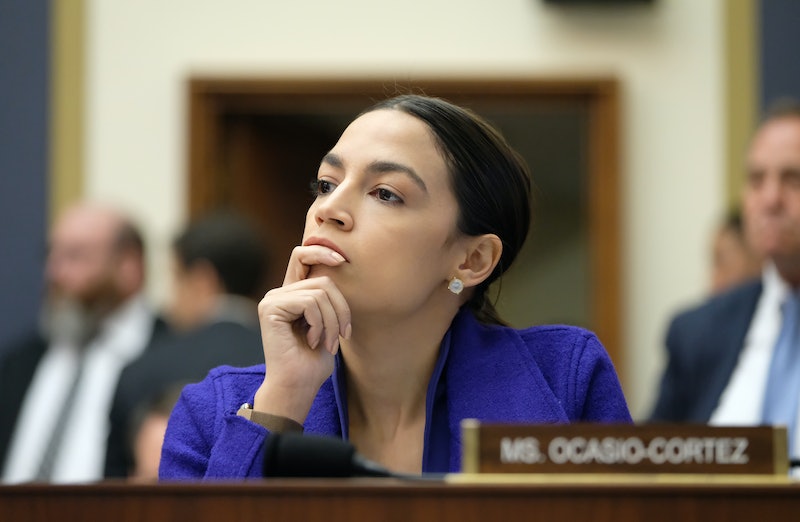 In what the hosts of Yahoo News' Skullduggery podcast deemed a "lightning round," Rep. Alexandria Ocasio-Cortez shared her thoughts on the current Democratic candidates for president. What became clear is that she's not yet committed to any candidate — and that one possible contender might have a hard time getting her vote. Ocasio-Cortez's comments on former Vice President Joe Biden suggest she just isn't feeling his candidacy.

"I don’t know. I mean … I will support whoever the Democratic nominee is," Ocasio-Cortez said when asked if she could support Biden in the race. "That does not particularly animate me right now," she continued, citing "a lot of issues."

She does understand the thrall, though. "I can understand why people would be excited by that, this idea that we can go back to the good old days with Obama, with Obama’s vice president," she told hosts Michael Isikoff and Daniel Klaidman in the episode uploaded Monday. "There’s an emotional element to that, but I don’t want to go back. I want to go forward."

Ocasio-Cortez was an organizer for Sen. Bernie Sanders in 2016, but she wouldn't fully commit this time around, making a point to highlight Sen. Elizabeth Warren. "I haven’t endorsed anybody, but I’m very supportive of Bernie,” Ocasio-Cortez said. "I also think what Elizabeth Warren has been bringing to the table is … truly remarkable, truly remarkable and transformational."

This is not the first time that Ocasio-Cortez has spoken about the candidates. Back in February, she was asked by NY1 who she was supporting. "In terms of endorsements, I am not endorsing early," Ocasio-Cortez said at the time. "I just got sworn in myself a few weeks ago."

She did stay positive about Sanders then, too. "I think that [his candidacy is] a good idea," Ocasio-Cortez added in February. "I think it's great idea that we have so many strong candidates, because we need to have conversations about the issues." Since then, even more Democrats have joined the race — Biden is one of the key holdouts.

On Skullduggery, what became even perhaps more clear than her reservations about Biden was the fact that she wouldn't run herself — this time. "I just want to be most useful, and I’m not trying to kind of impose some personal ambition," Ocasio-Cortez told the hosts. "I think that, if a window opens and I feel like I can do well, and do better, and offer more to people, then I would consider it. But … I don’t have like a 10-year plan or a five-year plan or anything."

She also talked about Republicans in Congress, telling Isikoff and Klaidman that she gets along with some — but that she wouldn't say who for fear they'd be primaried. "It is an interesting political dynamic though because there are Republicans that I have a relationship with, but they're very nervous about people finding out that we can actually work together well. Like they're scared of getting primaried," she said. "If I really wanted to do damage I would endorse Mitch McConnell in his next primary."

As damaging as an endorsement from Ocasio-Cortez would be for Republicans, the opposite is true for Dems. And Biden's camp would surely want the New York representative firmly on their side — by the general election if not far sooner.