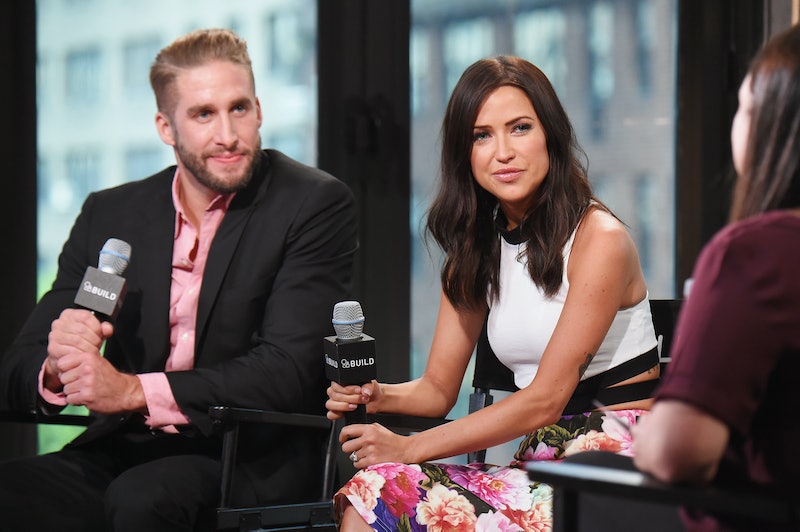 The Bachelor may be a show set up to find your forever love, but after the cameras stop rolling, couples often go their separate ways. Those that do manage to stay together long-term, though, usually end up married, which is why fans were so surprised when former Bachelorette Kaitlyn Bristowe and Shawn Booth broke up in 2018. They seemed like such a good match, and seemingly, it all fell apart.

Kaitlyn got her start on Chris Soules' season of The Bachelor — she told him that he could "plow her fields any day," which was funny and memorable. Kaitlyn came in fourth on Chris' season, and then ABC made her the Bachelorette… with one caveat. She had to compete against Britt Nilsson, another woman from Chris' season, in order to get the title. The suitors ultimately chose Kaitlyn, and by the end of her season, it came down to two men: Nick Viall, who commandeered the season and snuck in after Episode 4, and Shawn Booth. Kaitlyn accepted Shawn's proposal, and they lived happily ever after...for a few years.

In November 2018, Kaitlyn and Shawn announced their split. "We have both evolved as people, which is taking us in different directions, but with the hope that we will continue to support each other in new ways," the couple said in a statement. "Due to the nature of how we met, our relationship has always been very public, and we have enjoyed sharing it with all of you, but we ask that you respect our decision and our privacy at this time." It was a pretty boilerplate breakup statement, and it's hard because while they certainly deserve their privacy, people still wanted to know what happened. They're public figures!

In an interview with People shortly after the announcement, Kaitlyn explained how difficult it was to make the decision to split. " It's been a really hard few months now," she admitted. "I really did think we'd get through it." Shawn released a statement on Instagram, thanking everyone for their support. Everything seemed copacetic.

More recently, Kaitlyn has opened up more about why she needed to call it quits. " We were kind of struggling for the last little while … I just wasn't feeling loved for over the last year," she said on the Raw Beauty Talks podcast in March. "It really just started weighing on me. I just felt very alone in the relationship and I felt like I had a best friend but I didn't feel like I had a partner. We just started growing apart."

Kaitlyn moved on from the relationship pretty quickly — she started dating Bachelorette alum Jason Tartick (from Becca Kufrin's season) in the beginning of 2019. She seems happy, and that's great, but it's not so great for Shawn. On Ashley Iaconetti and Ben Higgins' podcast, Almost Famous: In Depth, Shawn admitted that it was really hard to see Kaitlyn move on so quickly. “It's nerve-wracking every time I pick up my phone… You just have a pit in your stomach," he said. "That's the hard part and with her moving on so quickly, I just have a tough time understanding why she would put this out everywhere, or blasting it all over the place, knowing that it could hurt."

Clearly, Kaitlyn and Shawn just grew apart and fell out of love, and they're both doing their best to move forward. Best of luck to Kaitlyn and Jason in the future and to Shawn in mending his broken heart — time really does heal all wounds, as cliché as it sounds.