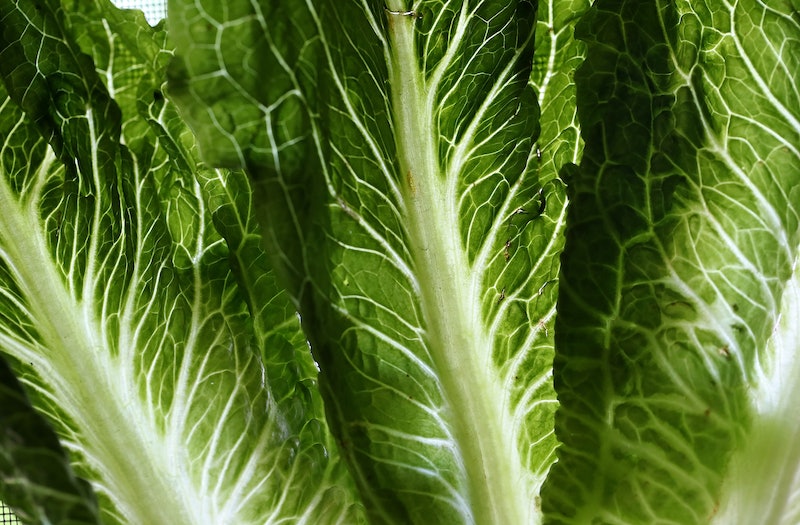 If you feel like you've seen lots of recalls related to salmonella lately, you're not alone. Virtually no section of your local grocery store has been left untouched by this summer's many salmonella-linked recalls, which have affected foods including Goldfish crackers, Uncle Ben's rice (which was only recalled in Canada), Ritz crackers, turkey, chicken salad, eggs, and Honey Smacks cereal. We know salmonella recalls seem like they're everywhere right now, but as for why salmonella-linked recalls are happening so frequently, we turn to the Centers for Disease Control and Prevention (CDC) for answers.

However, one thing that may be contributing to more reported foodborne infections of late is "increasing use of rapid diagnostic tests that are providing more positive results for certain germs than we saw in the past," the representative tells Bustle. That means people who think they may be sick and think they can trace it to a specific food they ate can get tested and diagnosed much more quickly, adding to the chances that a pattern of infections will be noticed.

Per the CDC website, the rapid diagnostic test the CDC is now using is the CIDT, which is designed to test for "Campylobacter, Listeria, Salmonella, Shigella, Vibrio, and Yersinia infections." According to the CDC, use of this test increased the number of infections diagnosed by a whopping 96 percent from 2016 to 2017. The CDC asserts that CIDT tests are "revealing many infections [...] that would not have been diagnosed before because of limited testing."

As for salmonella specifically, the CDC's 2017 data showed that though salmonella "infections overall did not change significantly," there were noticeable changes in the types of strains popping up around the country. The number of infections caused by some strains has dropped 40 percent, while other strains, including Javiana, Thompson, and Infantis "have all increased by more than 50% [sic] since 2006-2008," the CDC reported. It's also possible that companies are being more vigilant about testing product for salmonella because, like some folks, they've noticed the high number of recalls this summer.

If the amount of salmonella that seems to be going around has you wigged out, don't worry too much. Dr. Luther A. Bartelt, a professor at the UNC School of Medicine, told Bustle for a separate story about foodborne illnesses that most of the time, folks who get a foodborne illness like salmonella will be just fine without medical treatment. He explained that you're likely going to encounter the common symptoms of foodborne illnesses, including nausea, vomiting, stomach cramps, and diarrhea, but unless you (or a loved one who's sick) are pregnant, young, elderly, or have a compromised immune system, you'll likely be A-OK. Of course, if you're worried or your symptoms are severe, contact a healthcare professional ASAP.

Otherwise, just pay attention to what products are being recalled and always remember to practice good food safety, and hopefully soon we'll ride out this long string of incredibly unfun salmonella incidents.

Correction: This story has been edited to clarify the location of a salmonella outbreak related to Uncle Ben's rice.

More like this
An Expert Weighs In On The Viral Raw Carrot Salad Trend
By Alexis Morillo
Do Green Powders Work As Well As TikTok Says They Do?
By Carolyn Steber
16 Trader Joe's Appetizers That Are Total Party-Pleasers
By Kaitlyn Wylde
Dolly Parton Released 4 New Baking Mixes With Duncan Hines
By Alexis Morillo
Get Even More From Bustle — Sign Up For The Newsletter
From hair trends to relationship advice, our daily newsletter has everything you need to sound like a person who’s on TikTok, even if you aren’t.