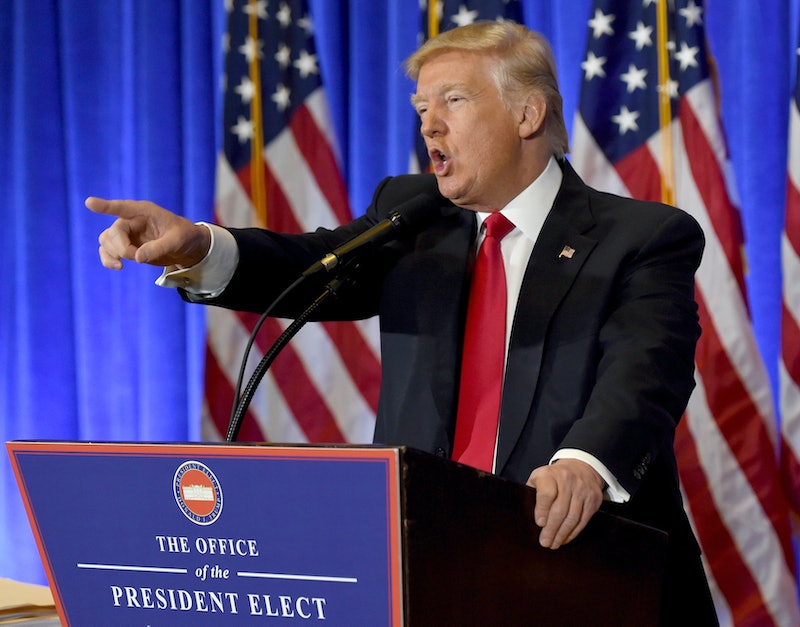 Somewhere, the ghost of absurdist playwright Samuel Beckett is chuckling to himself over the latest Twitter snare that President-elect Donald Trump has stepped into. His tweet thanking L.L. Bean board member and heiress Linda Bean for her donations to Trump’s PAC, Make America Great Again, LLC, and subsequently encouraging his followers to buy L.L. Bean’s products turned into a firestorm of controversy. Anti-Trump outfit Grab My Wallet called for people to boycott the outdoor apparel company, prompting the official L.L. Bean Facebook page to be all like “Whoa, dudes, we cool, WE COOL.”

But even if you are #facepalming or #headdesking over this part circus, part distraction from the real issues of the day, save a little of your outrage for what I’ve started referring to as BeanGate. The big problem with Trump’s tweets has nothing to do with down jackets and snowshoes, and it should worry any woman who owns a business, or invests in businesses.

As thriller novelist Jason Pinter pointed out on Twitter: “This is hugely concerning. The incoming president promotes businesses that support him. Trashes ones that don't. Incentivizes supplication.”

This is a fundamental problem of Trump’s presidency that will need to be dealt with — and one that strikes deep to the heart of America’s founding values.

While other countries, like the UK, allow their monarchs to hand out “royal warrants” to specific companies, the United States has no monarchy — and one of the founding principles of this country is that we didn’t want one.

Moreover, as opposed to the United Kingdom, where the head of state (i.e., the Queen) has evolved into an apolitical, figurehead position, the head of state in the U.S. is a highly political position. Trump’s support for one company over another not only demands political fidelity from businesses that might otherwise wish to remain politically neutral — or even oppose him — it creates a possible liability for anyone who doesn’t endorse him.

But maybe this whole flare-up has gone deeper, and exposed a certain falsity to political neutrality for large companies like L.L. Bean. As the company’s executive chairman wrote on its Facebook page, “L.L.Bean does not endorse political candidates, take positions on political matters, or make political contributions. Simply put, we stay out of politics.”

If he had left it there, that would have probably been fine. But he went on: “To be included in this boycott campaign is simply misguided, and we respectfully request that Grab Your Wallet reverse its position.”

It sounds to me like Gorman and his company are trying to have it both ways — getting the benefit of Trump’s endorsement while not incurring the fallout of political backlash. Gorman should have gone a step further and discouraged President-elect Trump from using his office to promote any business or product.

I don’t even know that I buy that L.L. Bean doesn’t have a political interest here — how can they not oppose a president whose positions are so bad on the very outdoors they claim to love? But whatever the case, this "BeanGate" with Trump should worry any business owner who wants fair treatment, regardless if they support or oppose the President-elect.