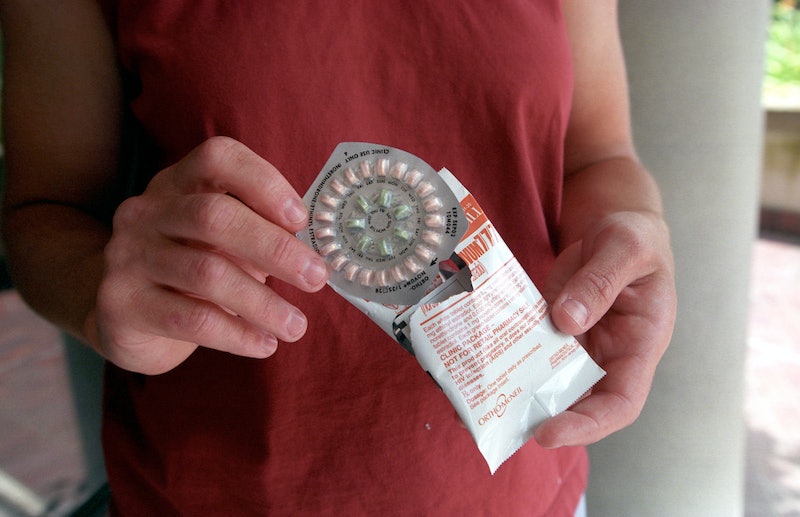 The Senate recently voted to begin repealing the Affordable Care Act, a move which will likely impact birth control costs for at least 55 million women. As someone who firmly believes in protecting reproductive rights, I'm completely against how that vote turned out. When it comes to fulfilling the all-important American Dream, having free birth control for all people is invaluable.

Self-empowerment and upward social mobility are important aspects of what being an American is about, and birth control helps women in particular make better lives for themselves and their families. Before the emergence of modern birth control, women were often limited in their career and family choices by unplanned pregnancies. But when women are able to limit and control the timings of their pregnancies through family planning and birth control, the number of childbirth-related deaths and abortions decreases, according to the United Nations Population Fund. Additionally, reports the UNFPA, contraception also improves the long-term health of women, empowers them to complete their educations, and brings economic benefits to families.

Unfortunately, it's hard to exercise your very American right to life, liberty, and the pursuit of happiness when you're constantly being interrupted by the threat of a significant life change, such as a pregnancy. On the other hand, having the ability to decide when to become pregnant, if you so desire, puts women in control of their own lifestyles. In response to this statement, some people might say that if women don't want to get pregnant, they shouldn't be sexually active. But in this day and age, that's both unrealistic and unfair. (I'd like to cite the right to liberty, which would seem to include the right to sexual freedom.)

For many reasons, it's an understatement to say things are not looking good for reproductive rights in America. As you've probably heard, along with putting millions of women at risk of losing their no-copay birth control, Senate Republicans also voted down the pre-existing conditions protection. And guess what's considered a pre-existing condition if that protection goes away? That's right — pregnancy, the thing that birth control prevents, would be on the list of conditions for which an insurance company could potentially turn you down.

Without the pre-existing conditions protection, it can be difficult for pregnant women to get individual health insurance. As a result, women may be forced to pay for expensive pregnancy-related expenses out of pocket. And for low-income women, avoiding pregnancy in the first place could be complicated by a potential rise in birth control costs. Furthermore, access to abortions are already limited depending on where you live in the United States. That access may become even more limited if Planned Parenthood is, in fact, defunded. (Don't even get me started on the defunding of Planned Parenthood, an organization which can't use federal money for abortions anyways.)

Some people don't want to use birth control, whether for religious reasons or otherwise — that's totally fine. But no one should be forcing anyone else to not use contraception just because they don't believe in it. If Congressional Republicans really want the United States to live up to its title as "the land of the free and the home of the brave," they should really consider making sure insurance covers birth control.