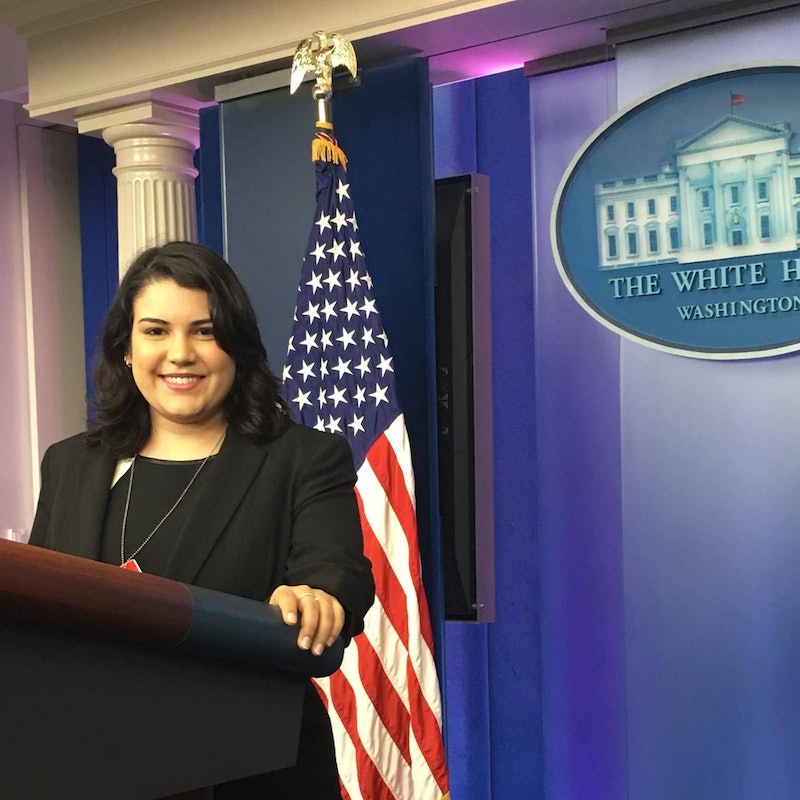 I started birth control two summers ago for a variety of reasons. As a result of the Affordable Care Act, I've never paid for a pill. My birth control has helped me live a less painful, less anxious life in the last two years, and I'm grateful to have it. Since Donald Trump's electoral win, millions of women have talked about getting long-term contraception and the fear of losing their birth control, but it didn't click for me until this week. Now I know I have to keep fighting for the ACA like my own life depends on it.

There was no precipitating event that finally forced this realization, other than perhaps the increasing dread of the presidential inauguration. I was driving in the car when it occurred to me: "Oh my God; I might not be able to afford my next prescription refill."

Until that moment, I had naïvely assumed, or subconsciously convinced myself, that I would be unaffected by any change in the law. I'm in a relatively secure place financially and I'm still on my parents' health insurance, so I just thought, somehow, my life would go on unchanged. I cared about and was committed to fighting for those who would lose their insurance, but it didn't feel real until now.

I have very limited knowledge about the healthcare system. I have no idea what my insurance company will do to the price of my birth control or any of my other medications. If you're a younger millennial like me, you probably don't either — it's not an issue that people take the time to thoughtfully or comprehensively explain, in part because of the circumstances surrounding it. One of the unfortunate effects of the ACA has been the increased partisanship of healthcare, which has made productive discussion on the issue even more difficult to achieve than it already was before.

What I do know about the ACA tells me that the country shouldn't give up on this legislation yet. I know there are popular, common-sense benefits, like keeping kids on their parents' health insurance until age 26 and forcing insurers to cover preexisting conditions, that largely outweigh the problems the system is facing now. I know that the reform has given people the ability to more accurately compare plans and better pick the one that's best for them. I know that it was a true victory over a government that so often and so broadly fails the women of this country by providing a new range for care for us. I know that the ACA isn't perfect, but that's not a reason to fully get rid of it yet.

And the most powerful reason to keep the ACA is that those who need it most are asking everyone to help them stay insured. The sickest people in this country are revealing their most personal struggles in an effort for you and me to help literally save their lives. We as a nation are called to protect our most vulnerable, and listening to them is the best way to figure out how to do it. Keeping them insured, without any lapses in coverage, is all that they're asking for right now. Congress owes them that, and their fellow citizens, all of us, need to take up the mantle to hold Congress accountable to that.

So I'm going to call every Congressional representative I can reach, and I'm going to call insurance companies to ask them to reach compromises, and I'm going to donate to GoFundMe pages for random peoples' chemo treatments, and I'm going to do everything I can to fight for the people who rely on the ACA. This is so much bigger than my birth control, and I'm going to fight to protect it with its full importance in mind. I'm ashamed that I wasn't able to reach this compassion until I realized how repealing the ACA would affect my own life, but now I know that I can't stop working for universal coverage until it's as secure in the American conscious as life, liberty, and the pursuit of happiness.

Health insurance is a universal human need, and that means the potential ACA repeal is going to affect every single person in some way. Even if that effect for you is only non-tangible, only through how it affects someone you know, or even a stranger on the Internet, you have to fight for it. You have to acknowledge that it helps other people, and that's what makes it so vital. This country is so much stronger when people fight for one another instead of against each other, so that's what I'm going to do.