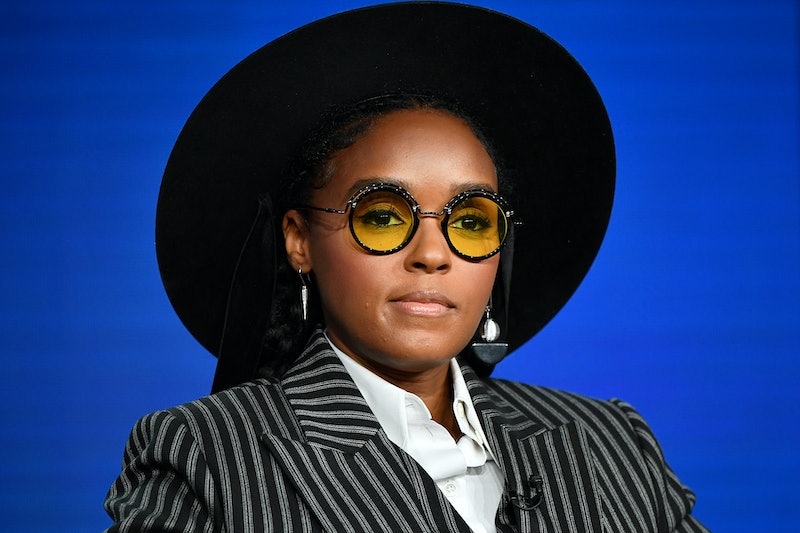 The Oscars always like to shroud themselves in a little bit of mystery, and this year, they have a Grammy-nominated singer and actor enabling them. Janelle Monáe is performing at the 2020 Oscars, as announced on Wednesday, Feb. 5, which is a major deal for the multi-talented sensation. But as to the why and what of it all, she's keeping that to herself.

Monáe confirmed the news on her Instagram, revealing that she will give a "special performance" during the Oscars on Sunday, Feb. 9. "LIIIIIVVVVVVE!! Kansas City Born and raised!!!," she captioned the post, not divulging anything about what she'll be doing on stage. The Academy also didn't reveal any details of what she's set to perform in their own announcement.

The singer did tease her performance, speaking with The New York Times' Kyle Buchanan at Alfre Woodard's annual Sistahs' Soirée. “I can’t tell you that,” she said when asked what she was performing, according to his post on Twitter. But Monáe did give him one small hint. “I can tell you that I’m ready to light the stage on fire, for my ancestors and for Kansas City.” Given the constant references to her hometown, perhaps her performance will pay tribute to her KC roots in some way, or honor a famous film that was shot in the city. She's from the Kansas City of Kansas state, so it's probably not Super Bowl related. Though, who knows?

It's also possible that Monáe's super secret number will have something to do with her film Harriet, for which the film's main star Cynthia Erivo is up for Best Actress and Best Original Song. But given that Erivo is already set to perform at the ceremony, it seems unlikely.

Monaé joins an all-star line-up of Oscars performers, including Elton John, Idina Menzel, Randy Newman, Chrissy Metz, and Erivo, who will all perform their tracks nominated for Best Original Song, as well as Billie Eilish and an appearance from Questlove. Eilish is also set to deliver a "special performance" that is similarly being kept under wraps.

It should be noted that no performer for the Oscars' "In Memoriam" segment has officially been confirmed, so it's possible that either Monáe or Eilish could be leading that number. Or they could be performing together. Crazier things have happened during awards season.