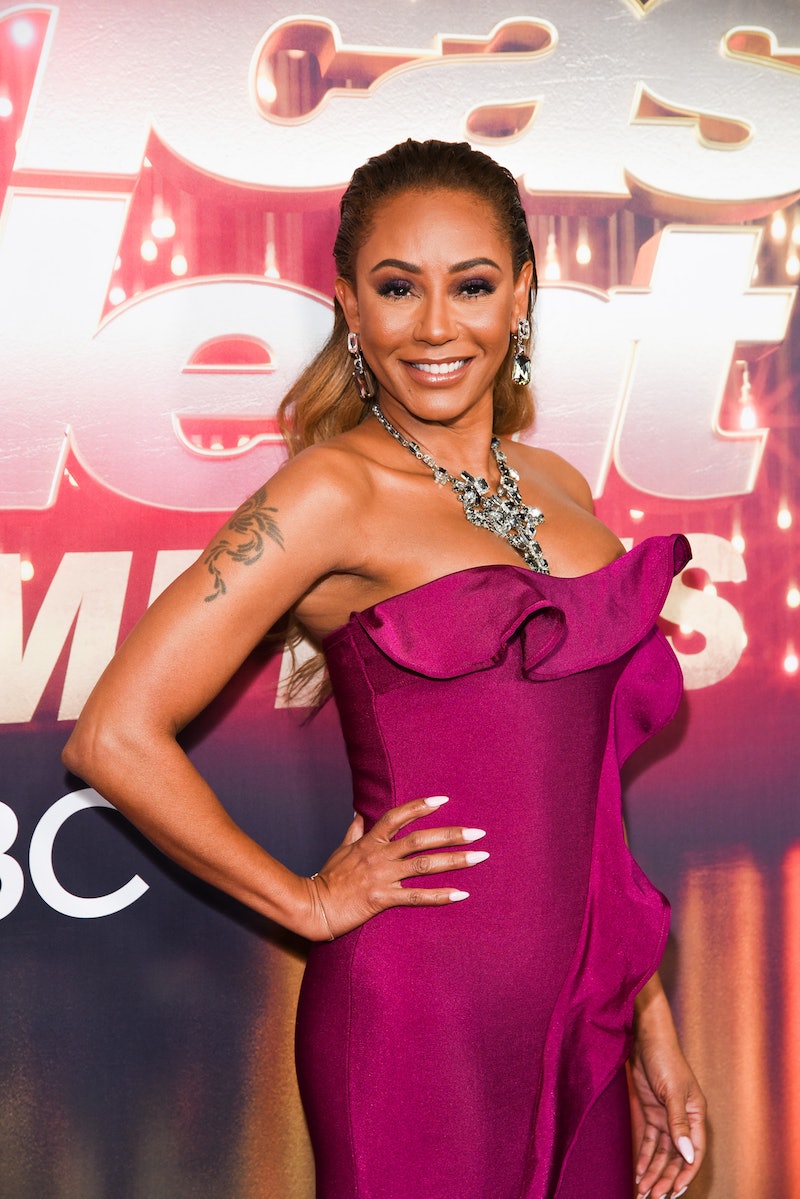 When America's Got Talent returns on May 28, it'll be missing a few familiar faces. Host Tyra Banks and judge Heidi Klum both exited along with Mel B, who isn't on AGT this season either. The former Spice Girl is actually a current Spice Girl again now that the band (minus Victoria Beckham) is back on tour. Reuniting one of the greatest girl bands of all time requires focus, so it makes sense that Mel B may just not have had the time to commit to AGT Season 14.

That's how fellow judge Howie Mandel put it when talking about Mel's exit on Access Live. "The Spice Girls is retaking off and is going on a summer tour that sold out in an hour in the UK," he explained. "AGT takes a lot of time, so we [brought] on some new people that I'm very excited about," he said, referencing new judges Gabrielle Union and Julianne Hough. He added that he would miss both Klum and Mel very much, though.

Judge (and AGT creator) Simon Cowell also commented on Mel's departure to USA Today, refuting any notion that the changeup was because of conflict or drama behind the scenes. "It wasn't like it wasn't working. Everyone who's been on the show over the years, judge or host, has done a brilliant job. It's just one of those shows where I think occasionally they just like to rotate the panel," Cowell said. "She was very professional," he added about working alongside Mel B.

It sounds like Mel's departure was a combination of her being busy and the show wanting to try something new. E! reported that Meredith Ahr, president of Alternative and Reality Group, NBC Entertainment, said as much in a statement:

"One of the many secrets to the success and longevity of America's Got Talent is its fearless drive to reinvent itself. The next evolution of the format brings in fresh expert eyes to join Simon and Howie on the panel. Gabrielle and Julianne are two of the most aspirational women in the business, on top of being electric entertainers with talent across disciplines. I am excited to see how their knowledge, compassion and sheer joy enhance the experience for acts and viewers alike."

Fans are likely to miss the familiar judging panel, though. AGT recently won the Kids' Choice Award for Favorite TV Judges with Mel and Klum on board, though perhaps fans can catch a Spice Girls show if they need a little more Mel in their lives this summer.

Mel was always fun on the AGT panel because she really got into the acts. She was blown away by magic, dazzled by dancing, and horrified by dangerous stunts. She was really an extension of the audience's own emotions, and she had amazing chemistry with her fellow judges. It's sad to see her go, but if it had to be for anything, her leaving to resurrect the Spice Girls is a pretty good reason. She'll still be spicing up your life, just on a different stage.