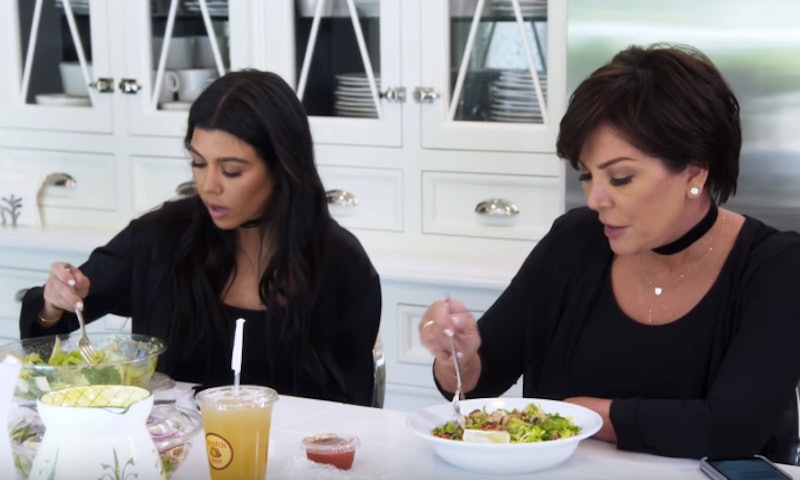 Anyone who's seen Keeping Up With the Kardashians knows that Kris Jenner has six children, but those of us who are obsessed with the reality series know that their family has another very important member: Kris Jenner's kitchen. Ever since she moved into her Hidden Hills home the momager's kitchen has become legendary for so many reasons — and her shiny mirrored backsplash is just the beginning of them.

Over Keeping Up With the Kardashians' 10-year run, so many important moments have happened in that kitchen. In fact, Jenner loves cooking in her kitchen so much that she even released a cookbook in 2014 called In The Kitchen With Kris. That's exactly where I want to be someday. In the kitchen with Kris, swapping drama and sipping wine.

If you've ever envied Jenner's clear glass fridge or dreamed about being subjected to a polygraph test by her daughter while sitting at that pristine white table top, this is for you. Here are all the things that make Jenner's kitchen the most important backdrop of KUWTK... and the envy of anyone who kinda likes to cook but actually likes to drool over appliances they will never be able to afford.

Something I will never get over is how seriously perfect her glass door fridge is — or the selection of drinks she keeps inside. According to what Jenner told My Domaine in 2014, she keeps Fiji water, two flavors of Snapple, and four different kinds of Coke on hand at all times... and that's just the beginning. From what I've seen on KUWTK, it's probably safe to assume that a visit to her fridge is the same as a visit to any grocery store's drink aisle.

She Casually Hung Out With The Bachelorette There

Her Fruit Bowls Are Always Outstanding

As seen on many recent episodes of KUWTK, Jenner has a giant bowl of baby watermelons on her table for everyone to enjoy. Next time the a scene takes place in the kitchen, pay attention. There's always tons of fruit available!

And Once It Was Covered In Flowers

The only thing that could have made this room even more beautiful.

Basically Everyone Loves Hanging Out In There

Whenever there's a scene that requires the use of Jenner's house and more than one of her family members, it almost always in the kitchen — and knowing Jenner, I doubt that it's the only large and nicely decorated room in her house. I have a feeling her entire family feels just as serene in there as you'd imagine they would, and all that clean white and chrome just makes such a perfect backdrop.

Kitchens aren't always a pretty place (especially my kitchen), but Jenner's totally is. It just seems like such a calm environment. My kitchen is messy and chaotic and there are always dirty dishes in the sink.

The Famous Polygraph Test Was Taken There 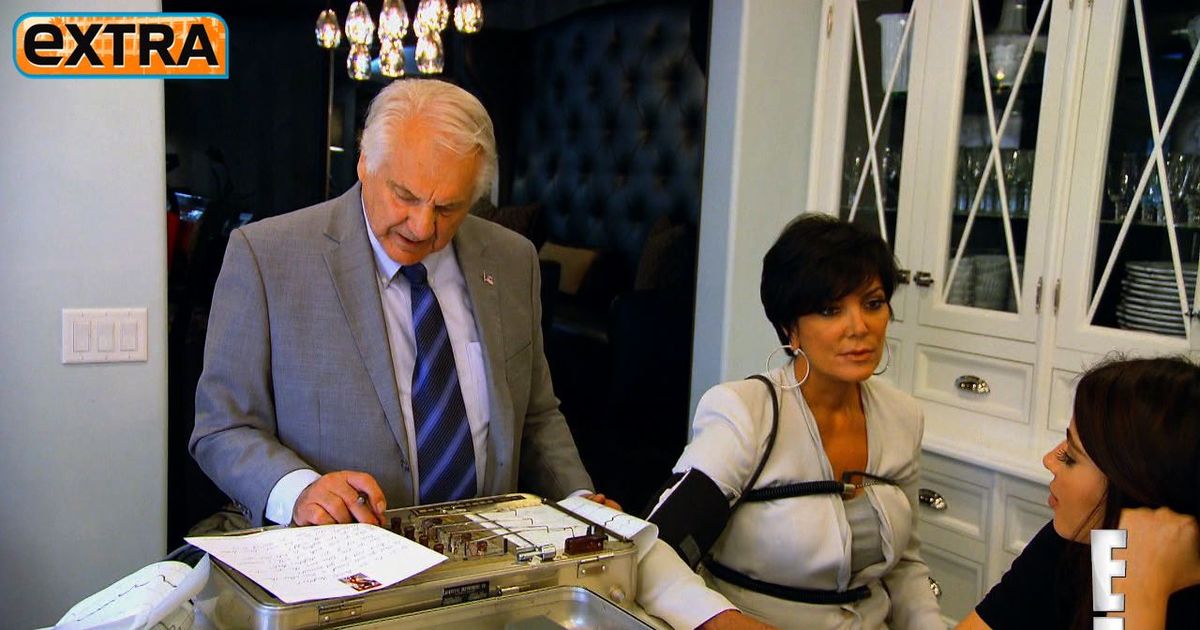 Many moons ago, when Khloé was concerned about not being Robert Kardashian's daughter and Caitlyn thought Kris was cheating with her friend Todd, Kris decided to take a polygraph test to ease everyone's minds. And where did it happen? The kitchen, of course.

Kris Had A Breakdown About Caitlyn's Transition There

During October's 10-year anniversary special, Kris admitted that filming during Caitlyn's transition, particularly the scene in her kitchen when she broke down in tears over the whole thing, was the hardest part of KUWTK for her to film. In fact, one of the camera guys admitted that he, too, started crying, seeing Kris so emotional.

And Who Could Forget Kim's Grill Making Its Own Kitchen Appearance?

Answer: No one. No one could ever forget.

In KUWTK Season 14, Khloé visited Kris' house to see if they could hang out... and instead, Kris left to attend to some business and made Khloé stay so she could keep an eye on her brownies. Obviously, she was pissed, but there are plenty of people out there who wouldn't have minded spending some quality time in that kitchen.

The Entire Family Eats A Lot Of Salad There

There have been countless articles written about how much the Kardashian family loves salad and how often they've been spotted hanging out in Kris' kitchen eating it. It's such a soothing atmosphere, so if you're going to eat healthy, why not do it there?

When Kris started dating again after her divorce from Caitlyn, Khloé thought the kitchen would be an appropriate setting for her to give her mom a lesson on how to put a condom on... using a cucumber. That beautiful fridge was probably so scandalized seeing all of this go down, but that doesn't mean it wasn't hilarious.

The members of the Kardashian/Jenner family may always be changing, but this fabulous kitchen never will. May we witness important moments taking place there for seasons to come — mini watermelons and all.