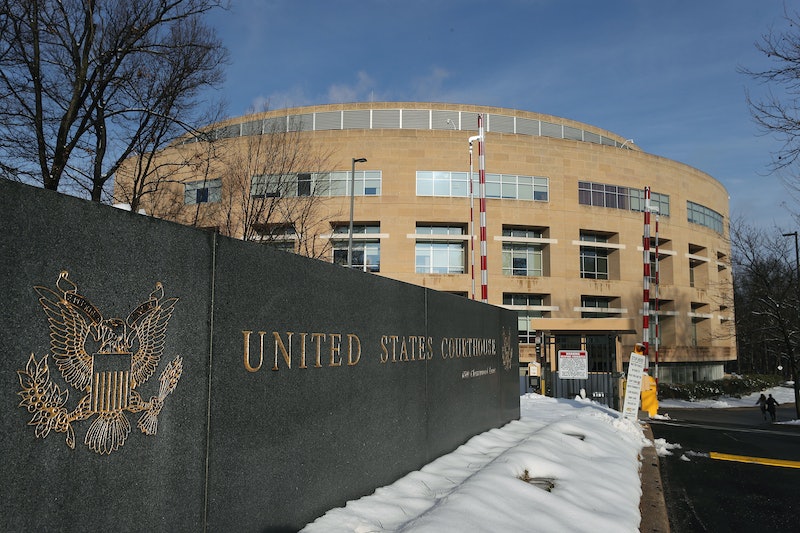 A Coast Guard lieutenant who was accused of planning a terror attack will be eligible for bail, the Associated Press reported, though his lawyer argued there was no evidence of such a plot. Lt. Christopher Hasson could be released before his trial after U.S. Magistrate Judge Paul Day ruled that the government cannot hold him any longer for a specific reason.

According to NPR, Hasson was first arrested in February at the Coast Guard headquarters in Washington, and subsequently charged with the illegal possession of weapons and drugs. He pleaded not guilty to the charges. But prosecutors later alleged in court filings that Hasson was a self-described white nationalist and a "domestic terrorist" who wanted to start a race war, The New York Times reported. However, Hasson's attorney, Liz Oyer, insisted there's no proof of that, per the AP. "They have not come forward with evidence that Mr. Hasson is a domestic terrorist because he is not," she told Judge Day. She said prosecutors are focusing on "private thoughts" that Hasson never shared.

According to the New York Daily News, law enforcement officials discovered 15 firearms and more than 1,000 rounds of ammunition in Hasson's Maryland apartment. They also reportedly found a list of prominent activists, journalists, and lawmakers that prosecutors alleged was a hit list of potential targets. Prosecutors intended to file terrorism-related charges against Hasson, but they ultimately never did. And that's why he's eligible to be released. CNN noted there's no federal domestic terrorism statute he can be charged under.

In court documents filed earlier this week, prosecutors alleged that Hasson had tried to find the home addresses of two Supreme Court justices, and that he had searched for the "best" gun to kill black people. Following a 2017 gathering of white nationalists in Charlottesville, Virginia, Hasson allegedly looked up search terms like "white homeland," "when are whites going to wake up," and "please god let there be a race war," prosecutors alleged in court documents, per The Washington Post. Hasson's lawyer, however, accused the government of attempting to prosecute him solely based on his internet searches, per NPR.

Since Hasson's arrest, he has also been charged with the illegal possession of firearm silencers, per BuzzFeed News. However, these charges aren't enough to prolong Hasson's pretrial detention, Day said. So although prosecutors have argued that Hasson continues to be dangerous, Day ruled that Hasson is eligible to be released on bail.

"I do not find detention is appropriate," Day said, per NPR, though he added that Hasson has "got to have a whole lot of supervision."

According to the AP, Day intends to order home confinement and electronic monitoring for Hasson while he is out on bail.

Citing a statement from the U.S. Attorney's office, ABC's Evan McMurry indicated that Hasson has not yet been released, though he is expected to be. It is not yet known when that will happen, and according to the New York Daily News, the conditions of his release have not yet been announced.