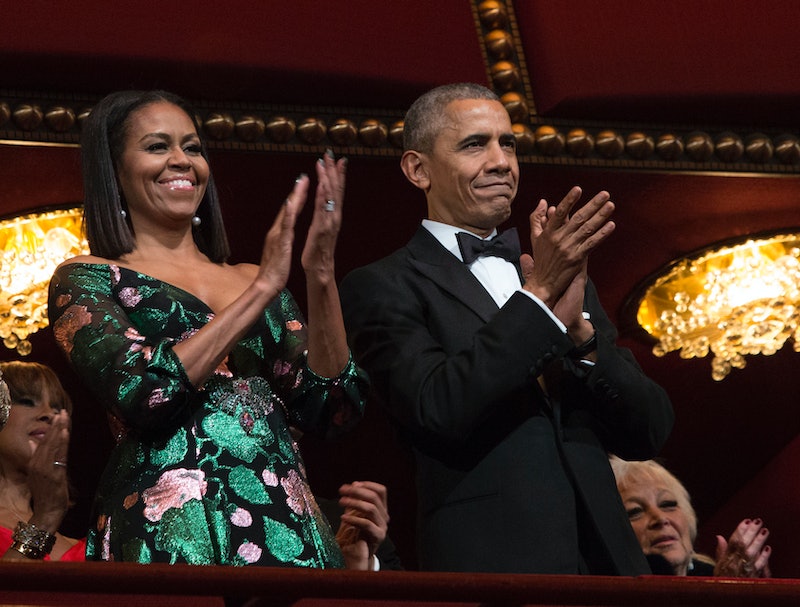 When Congress approved funding in 2003 for the establishment of a museum devoted to African American history, they could not have known its opening thirteen years later would coincide with the closing second term of America's first black president. Yet, in a lovely twist of history, that is precisely what happened. The National Museum of African American History and Culture opened its doors in September 2016, the first institution of its kind. To help celebrate and bring attention to this seminal achievement, organizers put together a star-packed tribute to the musical, dance, cultural and military contributions of African Americans over the past 400 years. And it is impossible to imagine a more fitting venue than Taking The Stage for President and Michelle Obama's final television appearance before they officially leave the White House.

In one of the evening's many segments showcasing African American impact on music, Austin-based guitar wunderkind Gary Clark Jr. played in tribute to the suffering and anguish of slavery, out of which came the creation of blues music. Clark Jr. was followed by a performance from the renowned Alvin Ailey dance troupe.

The ABC special was filled with many such moving tributes. One in particular came when the surviving members of the Tuskegee Airmen took the stage. Their contribution to America — serving as the first black pilots to serve in the Air Force on combat missions during WWII — earned them a standing ovation. It was not the only time the audience was on their feet, either. During the gospel portion, a string of soloists backed by an often-dancing choir made the audience at the John F. Kennedy Center for the Performing Arts look much like an enthusiastic congregation. In between such live moments, footage from the museum showcased its extensive exhibits.

The event's producer, Don Mischer, told Variety, “Knowing where people came from helps you better appreciate where they are, and what their attitudes are today. I’m hoping it will also do that — it shines a light on a 400-year history.” Asked if he thought Taking the Stage had extra weight, "given certain factors of our current political and social climate," Mischer responded,

In this day that we have today, there’s a lot of sensitivity about racial issues, and I do think and certainly hope — I don’t know, but I hope — that people who watch this show understand the roots of so much of what black America has brought to our culture and to world culture.

As the first black first family, the Obamas' presence at this celebration of African American history and cultural contribution is a fitting way to close out their final White House days.