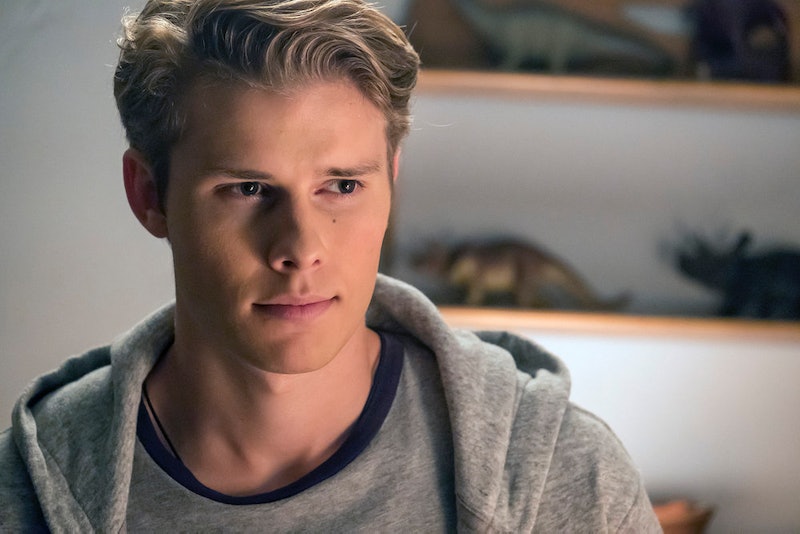 One could argue if Jack and Rebecca Pearson or Beth and Randall Pearson are the best pairings on This Is Us, but that’s to overlook Kevin and Kate. True that Kevin and Kate are siblings — twins, in fact — but their relationship is as vast and deeply nuanced as any other couple’s, even if it is platonic. In the Oct. 10 episode of This Is Us, it’s revealed in a flashback that when Jack Pearson died (or thereabouts), Kevin was not sleeping at home. Why was Kevin sleeping in his car on This Is Us? It could have everything to do with his sister, Kate.

It’s long established on the show that Kate feels responsible for her father’s death. She’s said it multiple times to multiple characters, and though there’s no way that she could have controlled Jack’s alcoholism or actions in life, Kate has carried this around with her for 30 years. During Jack’s first fall off the wagon, he visited Kate at her elementary school so he could sit with her and not have a drink at lunch. During his second bout with alcoholism, Jack told Kate about his drinking before her brothers, and she assured him that it was going to be OK. He died soon after, not necessarily from drinking but perhaps in a fire that claimed the Pearson household.

In the Oct. 10 episode of This Is Us, Kevin is having some feelings about Jack’s death, and in one of his flashbacks, we can see him sleeping in his car and Kate looking in sadly at her brother. Kevin and Kate are extraordinarily close, but they both differ greatly when it comes to dealing with Jack’s death. Kevin can’t talk about it, and Kate can. She’s in therapy, and he doesn’t know how to feel. This is the biggest disparity in their relationship, and what if it’s because Kate really did cause Jack’s death and Kevin can’t forgive her? Dealing with Jack’s death would mean dealing with the fact that his sister played a role in his father's death and that’s why he can’t talk about it.

When Kate and Randall found out that Jack was dead (if that's what the fire flashback was about), Kevin wasn’t with them, and Kate proclaimed that Kevin needed to hear it from her. That’s fair, considering that they are close. But perhaps, after Kevin got the information, he was mad at Kate for keeping the secret about Jack’s drinking. Maybe he didn’t have the chance to help Jack because he didn’t know about it, and he could have held Kate responsible (though that's royally unfair). That would explain why he was sleeping in his car — the Pearsons didn’t have a house, anyway, since it burned down, and maybe Kevin just couldn’t be around the rest of his family, especially his sister.

Creator Dan Fogelman told Entertainment Weekly that Kate is the Pearson kid that holds onto Jack’s death the most tightly, but really, it seems that it's Kevin. He is the one that can’t talk about his father without losing it, which means that he still needs to process Jack’s death. Kevin threw away all of his model planes when Jack died, and now he can’t even talk about Jack’s favorite movies. That’s not the sign of someone who's worked through their trauma.

The problem is, though, that if Kevin doesn’t deal with this eventually, it will eat him up. Kevin couldn’t stand that Kate told Sylvester Stallone about Jack’s adoration for him and the fact that they watched Rocky a thousand times — he completely lost his composure in the scene he was filming. That’s a pretty innocuous detail for Kate to tell Sly, and still, Kevin couldn’t deal with it. It could be because Kevin still holds Kate a teensy bit responsible for Jack’s death, and whether he’s sleeping in his car or berating Kate on a movie set, Kevin isn’t ready to let go.