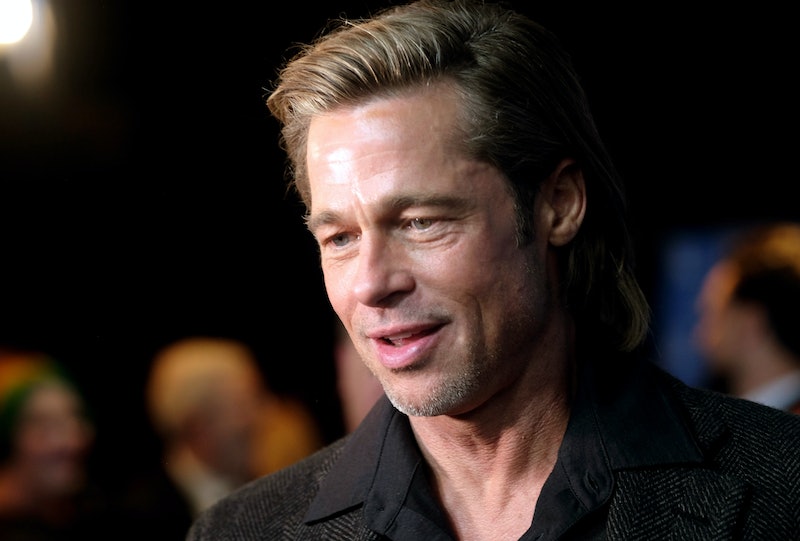 The BAFTAs got off to a starry start, with the likes of Greta Gerwig, Florence Pugh, Joaquin Phoenix and the Duke and Duchess of Cambridge, shimming their way down the sustainable red carpet. But spectators were disappointed with Brad Pitt, who was due to attend, failed to show up, citing a “family matter”. Despite his absence, he won the night with a frankly hilarious message about Brexit – and a less funny one about Prince Harry - in his acceptance speech for Best Supporting Actor.

Read out by his co-star Margot Robbie, Brad’s message started: "Hey Britain, heard you just became single - welcome to the club". Funny AF. Next, he said he was going to name his BAFTA award "Harry" because he was looking forward to "taking it back to the U.S." Too much too soon, you'd think, but Prince William and Kate Middleton, who were sat right by the stage, found it highly amusing.

This isn’t the first time the Once Upon A Time... In Hollywood actor turned his acceptance speech into a comedic event. At the SAGs last month, he joked about adding the award to his Tinder profile and how the role of stuntman Cliff Booth was a real stretch for him. "The guy who gets high, takes his shirt off, and doesn't get on with his wife". That was the same night his reunion with Jennifer Aniston sent the internet into nostalgic overdrive.

The Harry joke aside, we’re so here for being in a club with Brad. All eyes on what he does next weekend at the Oscars, where he’ll almost certainly win too.