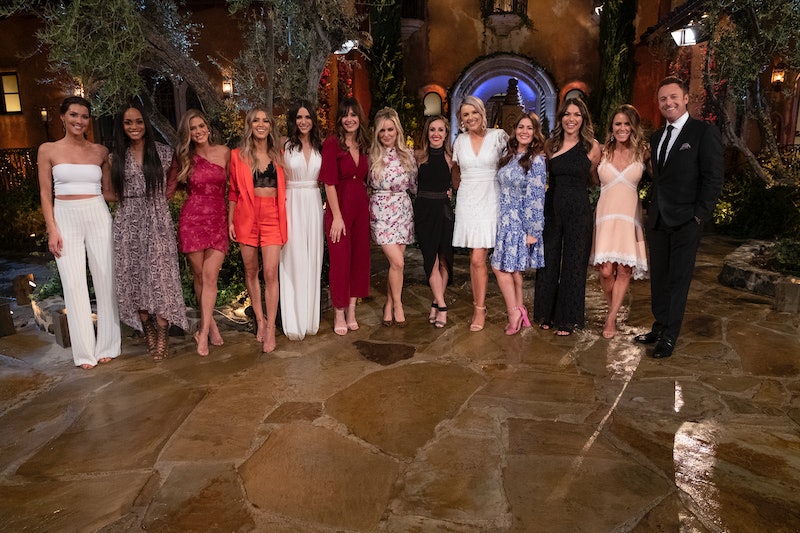 Monday's Bachelorette reunion brought together 12 former Bachelorettes, but Meredith Phillips and Jen Schefft weren't there. Meredith was the franchise's second Bachelorette and Jen headed up Season 3. In case you forgot (or weren't watching all the way back in 2004 and 2005), Meredith got engaged to Ian at the end of her season, but they broke up shortly afterward. Jen (who had previously been engaged to Season 3 Bachelor Andrew Firestone) pulled a Brad Womack before he was even a thing. She ended up sending both of her final contestants home roseless.

Both women kind of stay out of the Bachelor Nation spotlight these days. According to ABC News, Meredith went on to marry her high school sweetheart. The outlet reported that Meredith also opened up in 2013 about struggling with alcoholism and said at the time that she was just focusing on that. "I want to live," she said. "I have had a really, really hard four years and, you know, I'm getting my strength from my weakness, and that was alcoholism. That's driving me to be a better person and to do good. I want to see what I have because it's not over yet."

In 2018, Meredith claimed on Reality Steve's podcast that she'd been sexually assaulted during her run as Bachelorette. She claimed that a masseuse brought in by production allegedly drugged her and took advantage of her. (Bustle previously reached out to ABC and Warner Bros. about Meredith's claims, and they declined to comment on the allegations.)

As for Jen, Us Weekly reported that she got married in 2009 to Joe Waterman — someone who had nothing at all to do with the show. "We clicked early on, and it happened so fast," Jen told Us Weekly at the time. "We just got along so well, and it was so easy. I never worried when I'd see him again or when he'd call." She and her husband now have two children, Charlotte and Mae.

Host Chris Harrison explained the two Bachelorettes absences in an interview with Entertainment Tonight, saying it was just too hard to coordinate everyone's schedules on such short notice.

"Unfortunately Jen and Meredith couldn't be there, because we had to settle on a date," Harrison explained. "At the end of the day, we had to shoot this thing and we were kind of up against it once we decided to do this. So we just picked a day where we could get as many as we possibly could." He added, "Unfortunately schedules, vacations ... just couldn't be changed and we had to pull the trigger and do this thing."

The host said he was glad they were at least able to get 12 of the 14 original leading ladies, but that Jen and Meredith were missed. "We love them very much and they're a part of our family and this sisterhood," he told ET.

Perhaps the show can organize another one of these reunions down the road and, with more lead time, perhaps all 14 (or 15 if Hannah B. is included that time) will get to make that one.