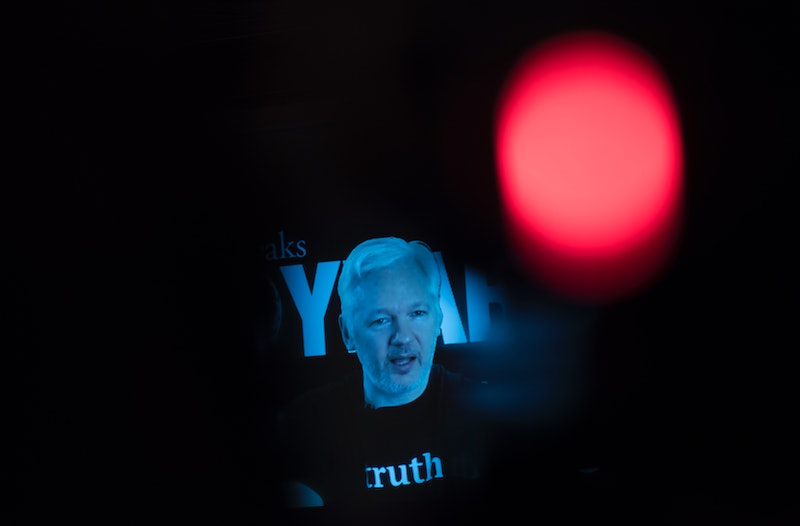 The disclosure organization responsible for leaking emails from Hillary Clinton's campaign chairman may be thinking of turning its attention from governments to social media users. WikiLeaks proposed tracking the personal information of verified Twitter users in an online database in a tweet published Friday by the WikiLeaks Task Force. The database would reportedly include highly-sensitive information on hundreds of thousands of Twitter users' finances, employment, and family relationships.

In the wake of an outpouring of outrage over the proposal, the tweet has since been deleted and a statement diminishing the authorization of "other accounts" has been issued by WikiLeaks' primary Twitter account. "Media note: @WikiLeaks is the only official account of WikiLeaks. No other accounts are authorized to make statements on @wikileaks behalf," WikiLeaks tweeted Saturday. However, the WikiLeaks Task Force account was still listed as an associated account in WikiLeaks Twitter biography.

According to the Washington Post, the WikiLeaks Task Force had initially claimed the collected information – a majority of which would be highly sensitive and personal in nature – would be used for an artificial intelligence program. For many Twitter users, however, the proposal read more like a threat to dox if not the hundreds of thousands of verified users, then at least those who have been critical of the disclosure organization.

The WikiLeaks Task Force later attempted to clarify that the information collected would be used "to develop a metric to understand influence networks based on proximity graphs" rather than maliciously reveal people's private information. "The idea is to look at the network of *relationships* that influence -- not to publish addresses," the organization said in a tweet to Kevin Collier, a security reporter for Vocativ.

More like this
Why TikTok Is Flooded With Controversial Videos About "Pick Me Girls"
By Courtney Young
Camilla Paid Tribute To The Queen In A Heartfelt Video Message
By El Hunt and Sam Ramsden
The Try Guys Cheating Scandal, Explained
By Grace Wehniainen
Romance Authors Are Mobilizing For Reproductive Rights
By Natalia Perez-Gonzalez
Get Even More From Bustle — Sign Up For The Newsletter