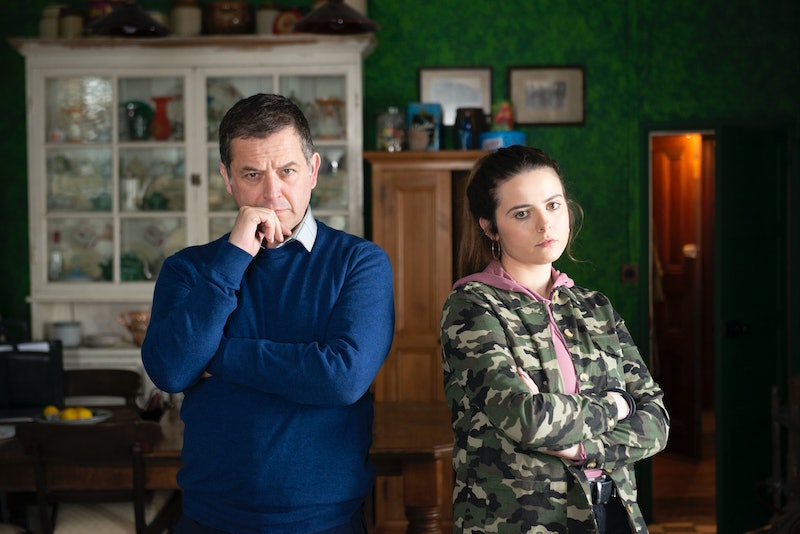 You knew what you were getting with 15 Days right from the get go. The gunshot sound which marked the beginning of the series let you know immediately that you weren't in for some light drama. As the first episode unfolded, Channel 5's 15 Days proved itself to be the dark, gritty drama you've been searching for to keep you gripped night after night. Since the series has got off to a scintillating start, no doubt hooking you in already, you might be wondering what comes next, and whether 15 Days will return for season two.

There's yet to be any word on the show's renewal from the showrunners, nor Channel 5, and its renewal status on UK Air Dates is currently listed as 'Unknown.' So, I've checked in with the show's reps at Channel 5 to see if they can give away any info. Be sure to watch this space. However, I reckon that — and don't hold me to this — a second season of 15 Days might be unlikely, as it's appearing to play out like a self-contained mini series at the moment.

As the Express reports, the story of 15 Days is told in four parts, and has been airing within the short space of a week over on Channel 5. It premiered on Monday, May 13, and will culminate on Thursday, May 16.

If you've yet to tune into the show, then you're missing out on one of the best family dramas on TV right now. As per Channel 5's official synopsis, "in this murder mystery drama, a young man is shot dead by a member of his close family." From thereon, the rest of the family members scramble to find out who, and you can expect to see a bit of a scramble over the will, too.

As you might have noticed, the show signals a bit of a sea-change in Channel 5's content, as it showcases a kind of intensity that you may not have come to expect from the channel. Incidentally, this just so happens to be the move that Channel 5 intended. As Variety reports after deciding to finally axe Big Brother last year, the channel sought out a slate of dramas, including 15 Days, for one of its boldest programming moves ever.

“We thought the time was right to take the next step, and that included taking that ‘Big Brother’ money, essentially, and spending it on original commissions,” Bob Bakish, boss of Viacom — who owns Channel 5 — told Variety. The channel's head of programming Ben Frow also assured the site that Channel 5 would be continuing "to overhaul our schedule from top to bottom," signalling to the fact that “Homegrown drama is the missing ingredient from Channel 5’s schedules."

If the quality and prestige of 15 Days is anything to go by, I reckon you should keep your TV listings open on Channel 5's page, because it might just be the next go-to place for tantalising, escapist drama.