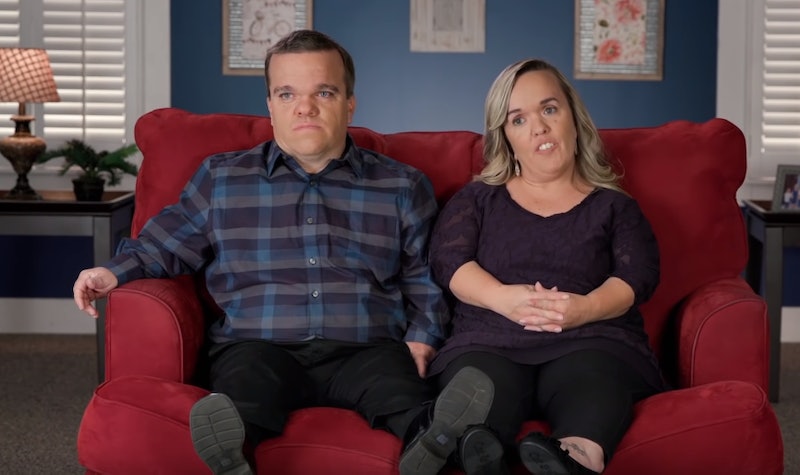 In order to have as many seasons of their TV show as they do family members, 7 Little Johnstons will have to return to TLC in 2020. The Season 6 finale airs on Tuesday, May 21 at 10 p.m. ET and unfortunately, the network has yet to announce a renewal. But that doesn't mean all hope is lost.

Since the series' premiere in 2015, fans have watched the Johnson family grow — not in size, but in strength and experience. Amber and Trent (or mom and dad, as they're mostly referred to on the show) have two biological children: Jonah, 19, and Elizabeth, 17. They also have three adopted children: Anna, 18, Alex, 13, and Emma, 13. They live in their newly renovated 1891 home in Forsyth, Georgia.

Season 6 captured many ups and downs for the family, including a deep dive into Trent's health issues, a trip to New York City, Liz's first breakup, Emma's social anxiety, prom season with two high schoolers, and more. In April, Amber told Good Housekeeping that showing all of these moments, good or bad, is important, as it makes 7 Little Johnstons genuine and relatable; according to her, the family's authenticity is what separates them from other shows about little people, such as Little People, Big World and The Little Couple.

"We watch their shows — and not saying that they aren't great shows — but we want people to relate to us," Amber told the outlet. "Being able to show some of our struggles will be relatable to viewers because it’s not just that we're struggling because we're four feet tall; we're struggling to raise teenagers or in our marriage. They are things that everybody can relate to, no matter what."

That's why she's OK with showing her marriage and all of the struggles that come with it on TV. When the Season 6 trailer was released, people speculated that she and Trent were getting a divorce. Really, they just bicker like any married couple.

"Trent and I are going through a rough patch right now," Amber said on the show. "I'm sick and tired of being pushed aside." 7 Little Johnstons captured their raw and genuine emotions about this hard time, because as in any relationship, things aren't always hunky dory. But Amber assured Good Housekeeping that she and Trent are just keeping it real and that divorce isn't a concern for them.

"We honestly have always — in all of the challenges that we have faced and continue to face — been a team," she said, referring to her relationship with Trent. "We know that a relationship, parenting, and marriage is a constant work in progress. With both of us feeling that and knowing that, we don't give up."

With divorce rumors addressed, fans can rest assured that the Johnstons' marriage won't be the cause of 7 Little Johnstons coming to an end. And if they're given the opportunity to film another season, there will be much more for them to get real about.

More like this
Kathy Hilton May Not Return To 'RHOBH' — At Least Not Full Time
By Jake Viswanath
'Big Brother' Is Already Looking For New Houseguests To Compete In Season 25
By Brad Witter
Here's The Full List Of Zach's Confirmed & Potential 'Bachelor' Contestants
By Kadin Burnett and Grace Wehniainen
Clayton & Susie Broke Up, Citing "A Significant Amount Of Pain" After 'The Bachelor'
By Jordyn Tilchen
Get Even More From Bustle — Sign Up For The Newsletter