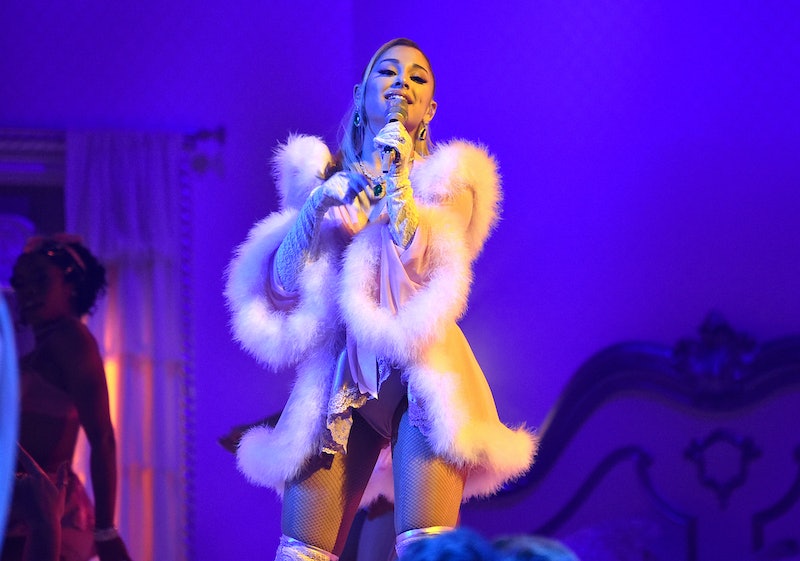 Ariana Grande is perhaps one of the busiest musicians of the moment. Her endless stream of hits, tours, and interviews are quite frankly mind-blowing, and she never seems to have a break. The past 12 months were particularly busy for her, what with her world tour and huge amount of great new material. But what can we expect from her this year? Will Ariana Grande tour the UK in 2020?

Well, I'll tell you straight up, it's not looking good for fans hoping to see Ari live this year. There's currently nothing on Ticketmaster and, when I reached out to the singer's UK reps, they revealed there is no official news at this time. Sigh.

However, due to her insanely busy schedule in the previous year, it would make sense for Ari to be taking some time off right now. Her last tour finished just before Christmas, on Dec. 22 2019. During the nine-month period, she visited U.S. destinations such as New York and California, as well as hopping over across the pond to perform in the likes of Dublin, Glasgow, Birmingham, Manchester, and London.

The past couple of years have also seen her release a number of *huge* hits, including "thank u, next," "7 rings," and "break up with your girlfriend, i'm bored."

As well as new music and touring, the singer has also been through a lot personally in recent years, including dealing with the death of her former partner Mac Miller and the aftermath of the Manchester bombing at a concert in 2017.

Grande has previously spoken to Vogue about the impact of these traumas, and how she used her busy schedule to keep going: “I was researching healing and PTSD and talking to therapists, and everyone was like, ‘You need a routine, a schedule.'”

The singer continued: “Of course because I’m an extremist, I’m like, OK, I’ll go on tour! But it’s hard to sing songs that are about wounds that are so fresh. It’s fun, it’s pop music, and I’m not trying to make it sound like anything that it’s not, but these songs to me really do represent some heavy sh*t.”

Most recently, Grande released a surprise live Sweetener album called k, bye for now, the title of which suggests she is indeed taking some time away from the spotlight. You do you Ari, you do you.