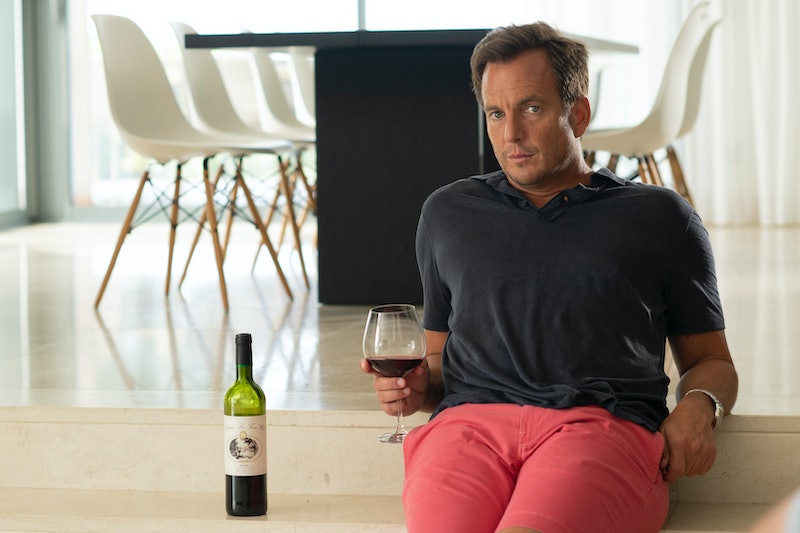 This man's been many things throughout his long and varied career. A heir to a wealthy buisness, a Lego piece, a horse. But this actor's taking a detour from his usual comedy parts, and is ready to wrap himself up in the world of high drama. With series two of Riviera just around the corner, which boasts plenty of familiar faces in its cast, new Riviera character Jeff will be very familiar to comedy fans. But for those who aren't in the know, this is what Will Arnett's career has looked like so far. If he's not already a fave, his appearance in Riviera is sure to put him up there.

Arnett joined the cast of Riviera on May 21, 2018, as Variety reported, and while I'm super stoked to see him alongside Julia Stiles, this'll be just one career highlight of many for Arnett. He's been acting since the early nineties, landing what might be his breakout role in 1999, when he starred in an episode of Sex and the City, as Buzzfeed have noted.

After appearing in one of the biggest shows of the nineties, he was also cast in what must surely be the show of the milennium, The Sopranos. Arnett played Mike Waldrup, the husband of an FBI inspector, as Entertainment Weekly recalls.

Then, in 2004, Arnett landed himself one of the roles that would go on to define the rest of his career, and its new comedy direction, as he appeared in Arrested Development as Gob, the slap-happy magician.

He was cast in Arrested Development soon after he married Amy Poehler on Aug. 23, 2003. They welcomed their first son Archie, as People Magazine reports, on Oct. 25, 2008, and their second Abel on Aug. 6, 2010, as the LA Times wrote. Arnett and Poehler sadly separated after almost 10 years of marriage, ET revealed on Sept. 6, 2012. Seriously, does anyone else remember where they were when they first saw that news? It truly felt like the day that love died.

As well as Arrested Development, Arnett also appeared in 30 Rock several times between 2007 and 2013, and he even popped up in The Office in 2011.

In 2014, Arnett found his next niche when he voiced the character of Batman in The Lego Movie. While it's not like his rich, baritone voice hadn't been remarked on before, The Lego Movie provided him with his first proper foray into voice acting, and it made many begin to appreciate his vocal talent in particular. Arnett's voice landed itself a leading role in what I consider one of the greatest shows on TV today, BoJack Horseman. He was cast as the titular role in the world's most depressing cartoon on Dec. 11, 2013, as Rolling Stone reported.

Since then, he's been busy bringing the gravel voice back to The Lego Movie, as the sequel, which was penned by BoJack creator Raphael Bob-Waksberg, landed in cinemas on Feb. 8, 2019, according to The Sun. If you want to throw yourself a real curveball, watch those films back to back before watching Arnett in Riviera on Sky Atlantic on Thursday, May 23.