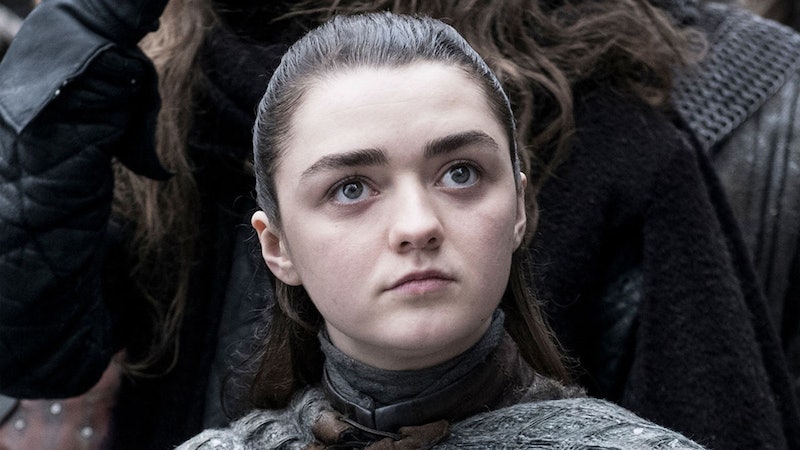 Dry your eyes guys. Yes the last episode of Game Of Thrones has already aired but, guys, you know that HBO is not about to look a gift horse in the mouth. Hell no are they going to give up on all the treasures that the Seven Kingdoms has to offer. That would be a pretty foolish decision. Before the ink was dry on the final script there has been talk of sequels, prequels, and spin offs. And after that ending, everyone is wondering will Arya have a spin off?

OK spoiler alerts all round guys. You've been fair warned.

Sadly, the news is a big fat no on that. Boo hiss! As if having one of the best characters in the whole show say she is going to explore west of Westeros is not own-show worthy. Nobody has ever flipping gone west of Westeros. Gawd knows what kind of mad stuff is over there.

Speaking to the Hollywood Reporter, I'm not sure that HBO's programming president, Casey Bloys, could have been more straight forward re this question. "Nope, nope, nope. No," was his answer when asked about a potential Arya spin off.

OK that's a pretty firm no from Bloys there. Yikes, why so certain? Well, TBH, his reasoning actually makes a whole lot of sense.

Basically, he wants to respect what the creators of Game Of Thrones made. Namely creators and showrunners David Benioff and D.B. Weiss. It is Bloys' belief that that it would be unfair to take the version of George R.R. Martin's world that they have carved out, and let someone else take the reins. He told Hollywood Reporter:

"Part of it is, I do want this show — this Game of Thrones, Dan and David's show — to be its own thing. I don't want to take characters from this world that they did beautifully and put them off into another world with someone else creating it. I want to let it be the artistic piece they've got. That's one of the reasons why I'm not trying to do the same show over."

Ugh so that's that then. No more Game Of Thrones magic from our faves. This is like being stood up on a date or finding out Santa Claus isn't real. Way to rain on our parades. However, there is thankfully a silver lining.

Bloys went on to explain during his interview with the Hollywood Reporter that, the fact is, Martin's world has a lot more to give than just Game Of Thrones. That there are so many potential TV shows there that they don't need to rehash the same show over and over. The sky is the limit. He said:

"George has a massive, massive world; there are so many ways in. That's why we're trying to do things that feel distinct — and to not try and redo the same show. That's probably one of the reasons why, right now, a sequel or picking up any of the other characters doesn't make sense for us."

In other words, hell no to any more goss from our faves but hell yes to prequels and dare I say it, potential origin stories. HBO recently confirmed that there are three scripts in the works. One of which is shooting its pilot over the summer. HBO are keeping schtum re the new productions but we do know that Naomi Watts is leading the cast of the pilot.