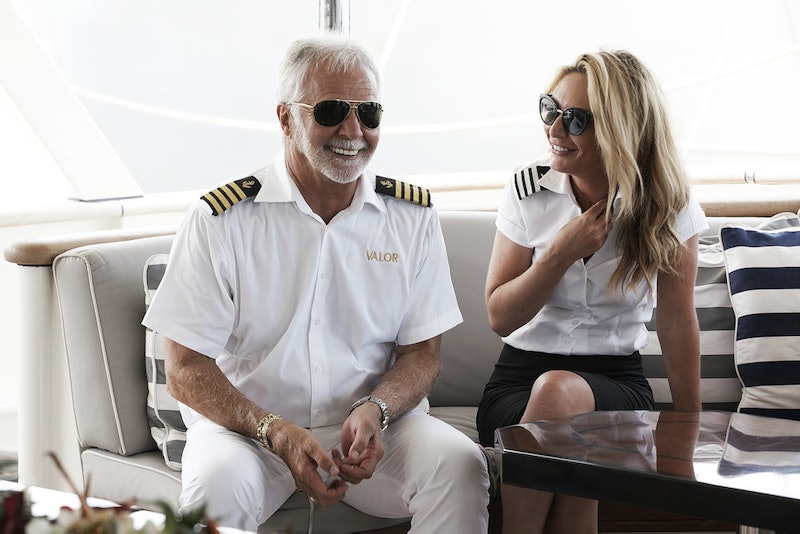 Below Deck Season 7 has served up the rockiest waves yet thanks to the controversial men on board (minus Captain Lee). The current season has been pretty much a disaster, so of course Below Deck is returning for Season 8. Not only that, viewers can rest easy in knowing that casting is already underway for the new season.

Current chief stew Kate Chastain hasn't commented on whether or not she's returning for another year. Kate's been part of Below Deck since Season 2, so it would be hard to see her say goodbye, and she certainly deserves a better sendoff than this current season. Throughout Season 7, she's had to deal with horrible behavior from bosun Ashton Pienaar and chef Kevin Dobson. Plus, Ashton allegedly kissed Kate twice without her consent, though he claims the first kiss was "reciprocated." Kate has even said several times during Season 7 that her time as a yachtie might be ending sooner rather than later. And who could really blame Kate if she left, especially after the way she's been treated?

As for the rest of the Season 7 crew, who knows what will happen. Wallace didn't list "captain" as part of her casting announcement, so one can only hope Captain Lee will return. Lee previously made it clear that he would never rehire Ashton, Kevin, or deckhands Brian de Saint Pern and Tanner Sterback based on their behavior. So if Lee were to come back, it's probably safe to say that those four men will not be part of Season 8. And if that's the case, maybe Kate could stick around.