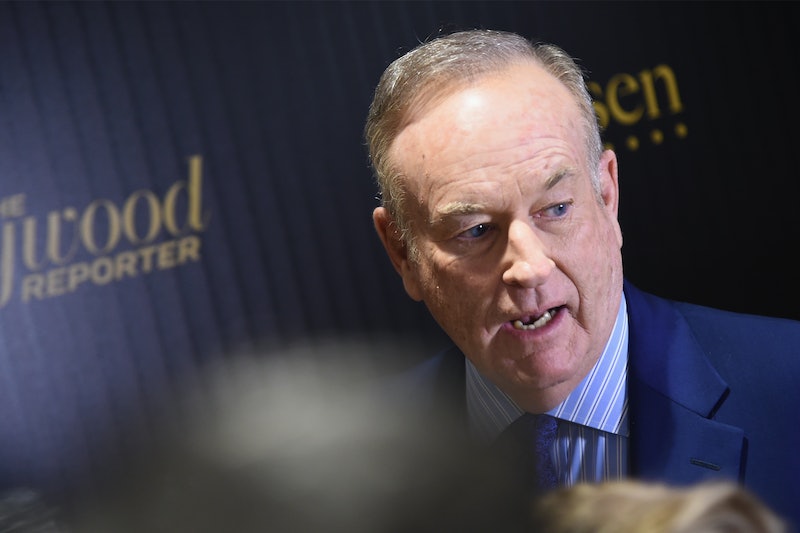 There are a lot of big political changes coming in 2017, but one of them may be the loss of one of the primary pundits who's shaped political discourse throughout the 21st Century. Bill O'Reilly may leave Fox News this year in search of greener pastures, but his future is still up in the air right now.

There are quite a few options for O'Reilly's career right now that don't include Fox News, or even maintaining his presence as one of the most popular talking heads on cable news. O'Reilly hinted at retiring in an interview earlier in 2016, but hasn't made any official announcements. The 67-year-old, who's had solid ratings with The O'Reilly Factor since 2000, told Adweek that he doesn't "want to work this hard much longer," so the end of his contract may be a convenient way to go out on top.

However, that certainly doesn't mean the complete end of his working days. In addition to his Fox News fandom, O'Reilly also maintains the popular Killing book series of historical non-fiction and serves as the executive producer of Legends and Lies, a dramatized depiction of American history that follows a different major event each season. O'Reilly also told Adweek that he's got the upcoming third season "already sketched out" even though the show is still in its second season now, so it seems like a project he's planning to stay committed to for some time.

However, it's that specific entanglement that might slightly limit O'Reilly's options. Since Fox News airs Legends and Lies, O'Reilly would strain the working relationship that his passion project depends on if he wanted to pull a Megyn Kelly and leave Fox News for a different network. He's given no indication that he wants to do that, and unlike O'Reilly still seems to mesh pretty well with the core audience and message of the network. Still, O'Reilly's deep involvement with Fox News means he doesn't have quite as much freedom to leave and maintain his personal brand at the same time.

O'Reilly has done very well by Fox News, and vice versa — the former history teacher now has an estimated net worth of $70 million and a media presence of nearly as many people. Theoretically, he has no reasons to leave Fox News, but he also may be seeking new challenges or spaces with all the change up ahead. He's got a lot of options, including staying on The O'Reilly Factor, so the world will have to wait until there's an official announcement to find out.