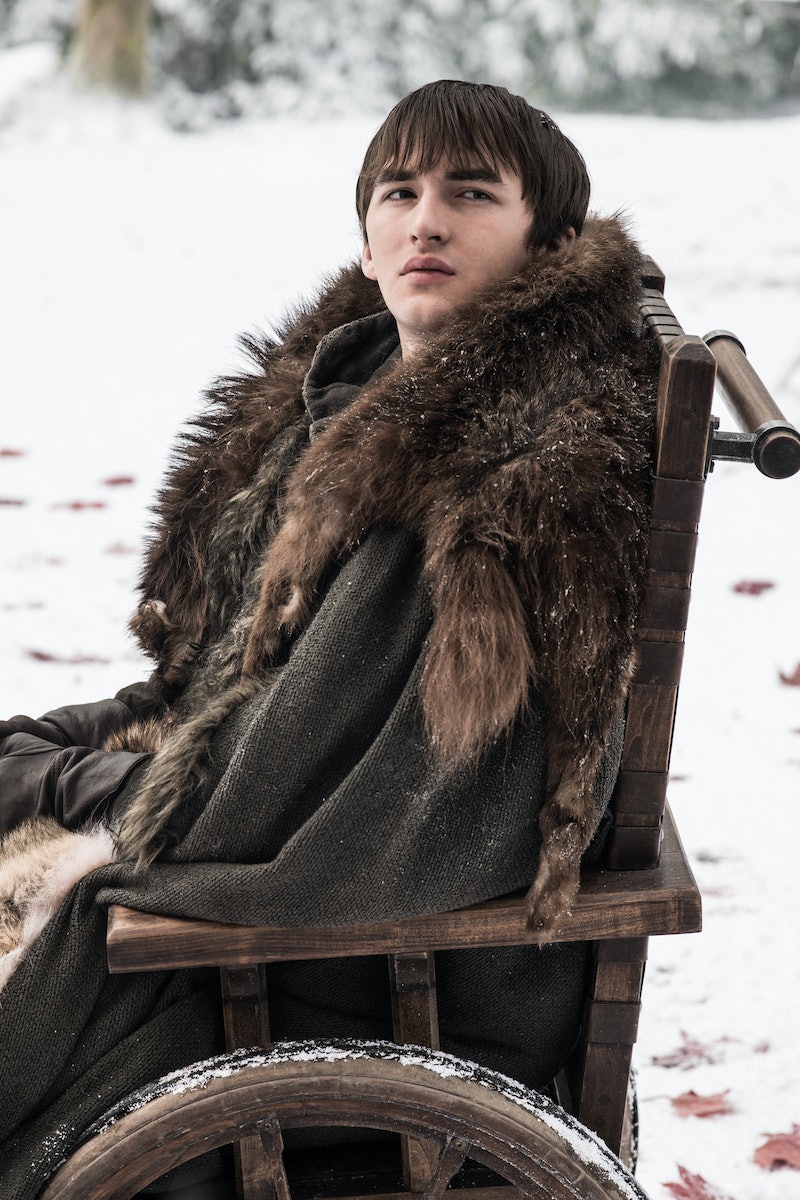 Brandon Stark has had one of the most intriguing character arcs in Game of Thrones, mostly due to the fact that he's basically become a completely different person. But while his Three-Eyed Raven abilities have come in handy at times, he really hasn't been doing that much this season. It kinda makes you wonder if there's some big moment in the final episode that'll make his emo-esque transformation worth it. Depending upon how involved he is in bringing Daenerys down — because let's be honest, somebody has to after her actions at the Battle of King's Landing — Bran might even die in Game of Thrones Season 8.

Earlier this season, prior to the Battle of Winterfell, Bran explained why the Night King was gunning for him. As the Three-Eyed Raven, he serves as humanity's memory. Because the Night King wanted to create an endless night void of everything — including humanity itself — Bran was his most important target. However, lucky for Bran, Arya swooped in at the last second to stop the Night King from carrying out his evil plot.

You would think that if Bran was going to die, it would've happened during the Winterfell battle when he still had a target on his back. Not now when he's safely in Winterfell and far from Daenerys' tyranny in King's Landing. However, if he were to leave and try to help take her down, things could change. For example, he could use his powers to warg into Drogon, making Dany vulnerable. It's possible that warging into such a magical creature has unforeseen consequences, which could end up making Bran pay for it with his life.

Granted, this is all just pure speculation at this point, but it feels like the only way his death would make any sense. Then at least it would give his story arc a bigger payoff than we've seen so far. (Otherwise, why bother drawing so much attention to his warging skills if it's not going to amount to much in the end?)

There's been a big divide among fans when it comes to the quality of the show this season. In fact, there's even a petition going around asking HBO to remake Season 8 that already has an impressive number of signatures. But whether you agree with how things are playing out or not, that won't stop the events in the series finale from happening. Maybe a big moment from Bran is just what the Game of Thrones needs in order to get back in the good graces of its fans — even if it means he has to die in the process.

Ultimately, Bran probably won't die in the final episode, considering it would end up giving the Night King the thing he'd wanted all along. Then again, nothing that has happened this season has turned out as expected, so maybe that in and of itself dooms Bran's fate. Either way, we won't have to wait much longer to find out.