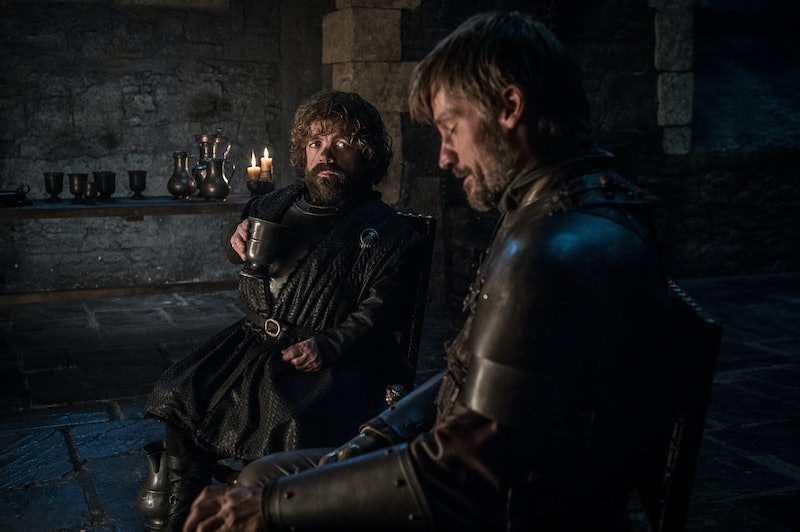 So much time and energy was given to the Battle of Winterfell that you'd be forgiven for forgetting some of the other story arcs that have taken place on Game of Thrones. This is particularly true when it comes to Bronn, who showed up only briefly in the first episode of Season 8 and has yet to be seen since then. But considering the complicated mission Cersei has tasked him with, you're probably now wondering: will Bronn really kill Tyrion and Jaime on Game of Thrones?

Cersei sent her Hand, Qyburn, to visit Bronn, instructing him to end the lives of both her brothers using the very crossbow that Tyrion used to kill their father, Tywin Lannister in Season 4. And while Bronn is usually game for anything if the price is right, it's hard to imagine him seeing this one through.

Bronn was first introduced during the fourth episode of Season 1 where he offered to give Tyrion his room at a local inn in exchange for a gold coin. This actually ended up setting the precedent of both Bronn's motivation and his on-going connection to Tyrion. Bronn continuously stayed by Tyrion's side, first serving as his champion in a trial by combat and later becoming Commander of the City Watch during Tyrion's time as Hand of the King. His loyalty was bought with money, and since Tyrion always had plenty of it, their relationship prospered. But now Bronn is being asked — nay, told — by Cersei to quite literally bite off the hand that fed him for many years. But will he do it? Can any amount of gold warrant a betrayal of that magnitude?

Jerome Flynn, who plays Bronn, recently spoke to Insider about the crossroads his character faces, stating that he hopes fans won't end up hating him after the fact:

"I don't know, they might not love him as much as they do right now. But I hope they still do. He is who he is and what he says, isn't he? And he'll do what he needs to get his castle."

Does this hint that Bronn really will attempt to fulfill Cersei's orders He's has always been a talented fighter. It's one of the reasons he's been able to survive for as long as he has. But he's never really seemed to revel in his kills like some people. He appears to fight more for survival than for just the sake of taking another person's life. So that right there bodes well in Tyrion and Jaime's favor.

However, he does have a difficult time saying no to money, so if Cersei is offering him enough, it could incentivize him to carry out her command, regardless of the history he shares with both of her siblings.

After Jaime lost his sword hand, Bronn helped him train to fight with his left hand. From there, a friendship grew, which should at least make Bronn think twice before killing Jaime, and the same goes for Tyrion. Deep down, he likes both of these men and doesn't want to hurt them. So the only question that remains is, can Bronn really put a price on loyalty and friendship? He likes people to think that he's only ever looking after himself. But when push comes to shove and the moment of truth is upon him, it seems very unlikely he'll be able to kill either of them.

Maybe this is just all wishful thinking, but Bronn could even end up surprising himself when he realizes that there are some things (or rather some people) more important to him than money. Let's just hope Tyrion and Jaime fall into that category — or that they can at least match whatever amount Cersei is paying him.