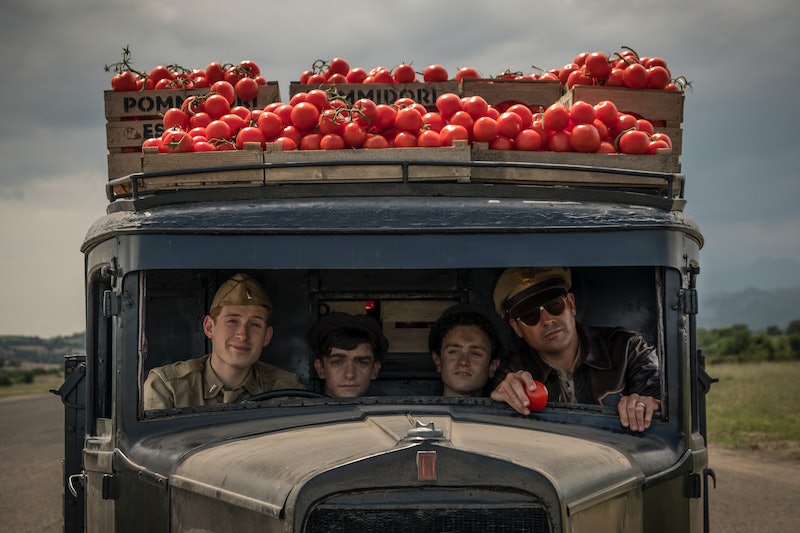 The classic war satire Catch-22 makes its streaming television adaptation debut on Hulu with the likes of famous faces like George Clooney, Kyle Chandler, and Hugh Laurie — but how long can viewers expect to stay in Pianosa with the men of the 256th? There have been no planned announcements for a Season 2 of Catch-22, and language surrounding the series has referred to it as a mini-series and a limited series, suggesting that the six episodes that make up the show's inaugural season will be it. However, the show may find itself in a catch-22 of its own depending on the success of the series.

The popularity of prestige book adaptations like Big Little Lies and Game of Thrones have hooked fans, but if a television adaptation of a novel is good enough, it will likely be good enough to warrant a second season. But often there's a flipside to that, since when a series goes on longer than it planned to or runs out of source material, it runs the risk of disappointing viewers. There's an upside to this particular adaptation, though. The dark comic odyssey of Catch-22 is better suited than most to further episodes examining the core ideas introduced in the original work. Catch-22 may not have been developed to go beyond its initial season, but the show could easily stretch beyond its own plot to explore other absurdities of war.

The idea of spinning out Catch-22 into additional, not directly related stories is a bold one — that'd be like making a another Harry Potter movie about someone who goes to an entirely different magic school who had never even heard of Harry Potter. However, Hulu has experience pushing an adaptation past its natural ending, and that show went on to make the streaming platform a major awards contender at the Emmys. The Handmaid's Tale built out the world of Gilead introduced in the original novel and explored events that felt like natural extensions of what was in Margaret Atwood's original book.

So maybe it could do the same with this project.

Should Hulu order a second season of Catch-22, there are several options for how to expand the story. The original novel ends on something of a cliffhanger, with some characters having made an escape and other characters pledging to find and follow those escaped characters. The show could age its characters up a great deal to catch up with Catch-22's '90s-set sequel novel (that is somehow called Closing Time and not Catch-23).

The show could also follow an anthology format and tell a brand new story in the vein of the original, much like how the series Fargo tells new stories that expand on the themes and setting of the original film. While there's no catch-all blueprint for adapting something from another medium into a television series, there is a precedent in place that suggests that Catch-22 could return for more episodes if viewers, the actors, and the streaming platform wants it.