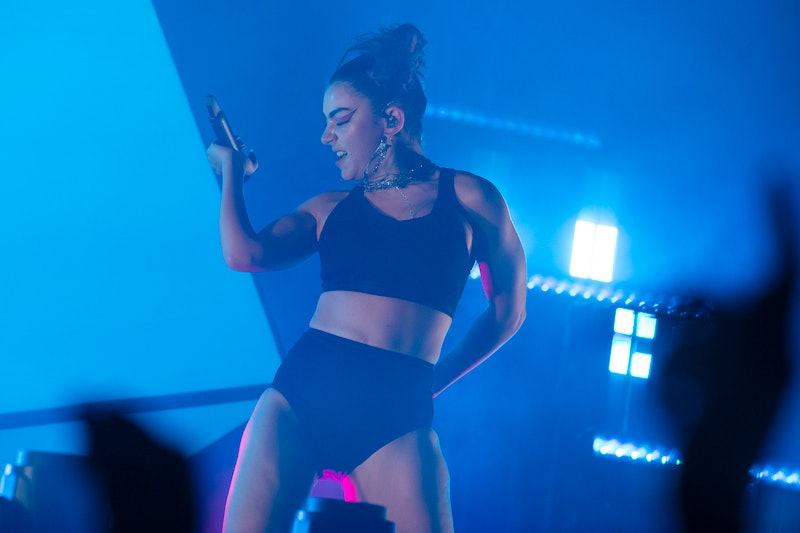 Charli XCX is one of the UK's biggest and brightest stars. Her solo work and collaborations have garnered countless dedicated fans and with a recent hit album in her arsenal the question is, will Charli XCX tour the UK in 2020?

I reached out to her representatives for comment and will let you know as soon as I've heard anything.

As it stands, however, there's no scheduled UK tour in 2020. Which is a bit of a bummer. But don't despair too soon – you might be able to catch her at your favourite music festival this summer, as the singer is set to perform at both Lovebox and Latitude.

BRITs star Charli XCX, AKA Charlotte Aitchison, has been making music for quite some time. To date she's released three albums and her most recent release, 2019's Charli, has proven to be a massive hit. Speaking with the Guardian's Tom Lamont the star revealed that her Myspace music led her to perform at underground East London raves from the age of 15. Her first ever show was a serious eye opener. "I lived in Hertfordshire. I'd never been to a party like this before." She said, adding, "I didn’t know anything about rave culture, or club-kid culture, or gay culture – everything was a first that night."

Since then, it's fair to say that Charli XCX has become more than familiar with the scene, making music with the likes of queer icons Big Freedia, Brooke Candy, and Christine & The Queens.

Like many other contemporary artists, Charli XCX has branched out into other areas, including a Making The Band-style reality show called I'm With the Band: Nasty Cherry on Netflix.

The show follows her and her BFF Emmie Lichtenberg as they try and create an all female "alt-pop" group Nasty Cherry. The show is light entertainment at its finest and the perfect filler while we all wait in hope for Charli XCX to get back on tour again.