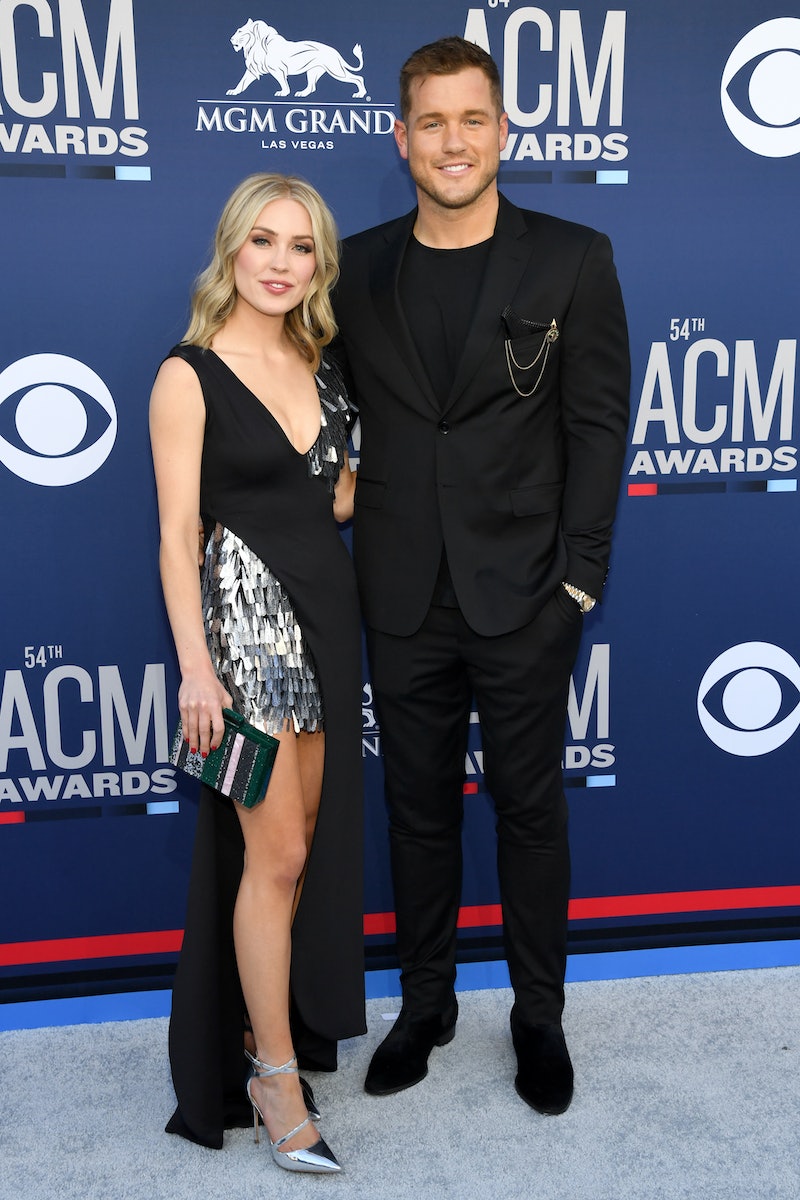 They may not even be engaged yet, but The Bachelor's Colton Underwood and Cassie Randolph are already looking forward to their wedding. According to E! News, Bachelor stars Colton and Cassie addressed whether they'd have a televised wedding by saying that they're "open" to the possibility.

On May 1, the couple appeared on Sirius XM's The Jenny McCarthy Show during which they talked about possibly having their future wedding televised. Apparently, they're keeping their options open when it comes to a return to TV. "I would be open to talking about it," Cassie related. During the interview, the Bachelor alums asked host Jenny McCarthy what it's like to have your wedding televised (her wedding to Donnie Wahlberg was captured for their TV series Donnie Loves Jenny) to which she replied, "You have to be comfortable with cameras around. If you're not comfortable, then you shouldn't do it." Cassie responded to her sound advice with, "That makes sense."

While they're still unsure whether their wedding will be on TV, the couple are discussing some other ways to make their return back in front of the camera. "We've talked about what we're gonna do next, if it's gonna be another show," Colton revealed, "We don't have enough drama in our relationship to fill a show of ourselves, but I would love to show some of the fun, cool memories that we're making together."

All of this wedding talk may leave you wondering whether you missed any big engagement updates. Alas, Colton and Cassie are not yet engaged. At the end of the most recent season of The Bachelor, the couple decided to take things slow so that they can simply enjoy getting to know each other. But, that doesn't mean the engagement topic isn't far from their minds.

In March, shortly after the Bachelor finale, they spoke with People about their engagement plans. "She doesn’t have a ring on her finger yet,” Colton said, “But she will, one day.” Cassie is also on board with the engagement talk, as she added, “We definitely talk about our future engagement,” and continued, “We’re both excited to get to that point.”

They may not be engaged, but they're still taking some major steps in their relationship together post-Bachelor. According to People, Cassie moved into a new Los Angeles pad in late March, which just so happens to be "closer" to Colton (who recently relocated from Denver to Los Angeles). As for whether they'll ever move in together, the former Bachelor lead said that they're talking about it and are looking forward to possibly making the move in the near future.

“Our goal is to buy a house in Huntington Beach in the next year, but we probably won’t move in together until we’re engaged or married,” he explained to the publication, "As much as I want her to live with me, it’s a big step and something we both take very seriously."

Whether they're filming their wedding or another fun TV project related to their relationship, it sounds like fans of Colton and Cassie will be in for a treat when (or if) they make a grand return to television.