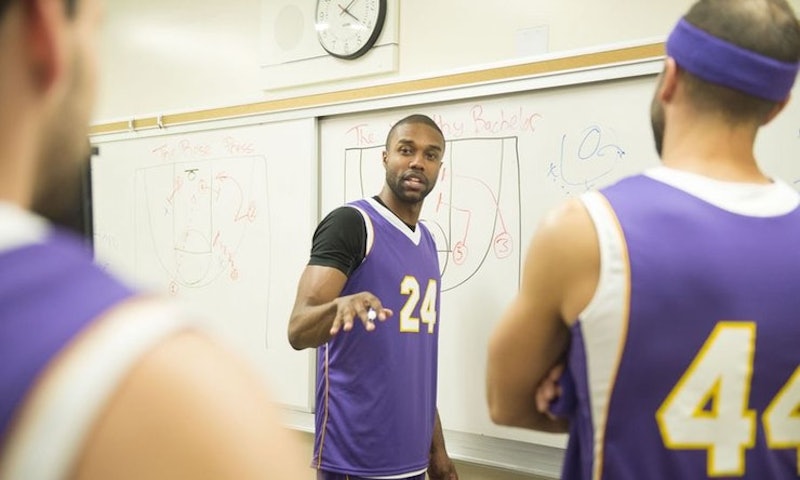 In a statement released on Tuesday, Warner Bros. announced that it has decided to continue filming Bachelor in Paradise Season 4 now that its internal investigation into allegations of misconduct is complete. Now that the show is officially back on, who will return? In particular, will Demario Jackson return to Bachelor in Paradise? Bustle has reached out to Jackson for comment, but has not yet received a response.

It wouldn't be a surprise if Jackson does not return as this is a situation that now involves lawyers for both Jackson and fellow BiP contestant Corinne Olympios, but nothing is official yet.

His statement came on the heels of Olympios claiming she was a "victim" in a statement of her own:

According to TMZ, no decision has been made on whether Jackson or Olympios will return to filming, and Warner Bros. did not share information on whether they two will be part of the season.

Jackson and Olympios have been at the center of reports about the production shutdown following allegations that there was a sexual encounter between them that may not have been consensual.

Regarding the investigation into allegations of misconduct, Warner Bros. released a statement that read in part,

Our internal investigation, conducted with the assistance of an outside law firm, has now been completed. Out of respect for the privacy interests of those involved, we do not intend to release the videotape of the incident. We can say, however, that the tape does not support any charge of misconduct by a cast member. Nor does the tape show, contrary to many press reports, that the safety of any cast member was ever in jeopardy.

In addition to the statement the contestant released, Jackson's lawyer spoke to People on June 17 and claimed that a review of show tapes would prove his client did no wrong:

“The tapes will show that everyone, all of the participants of the Bachelor, everyone was consenting to what was going on. And certainly his interaction with Corinne was a consensual interaction... I have no fears. This is not a criminal investigation."

On June 13, Jackson spoke to TMZ on video, mostly saying "no comment" in response to questions, but saying he's "all good" in response to a question about being upset at Olympios:

In a recent development, Olympios' lawyer, Martin Singer, said in a statement to Bustle on Tuesday afternoon:

“It needs to be made crystal clear that production of “Bachelor in Paradise” was shut down because of multiple complaints received from “BIP” producers and crew members on the set. It was not shut down due to any complaint filed by Corinne against anyone.

It comes as no surprise that Warner Bros., as a result of its own internal Investigation, would state that no wrong doing had occurred. Our own investigation will continue based on multiple new witnesses coming forward revealing what they saw and heard.”

Warner Bros. had no comment on Olympios' lawyer's statement.

It's still not clear whether Olympios or Jackson will return to BiP. The series is set to return this summer.