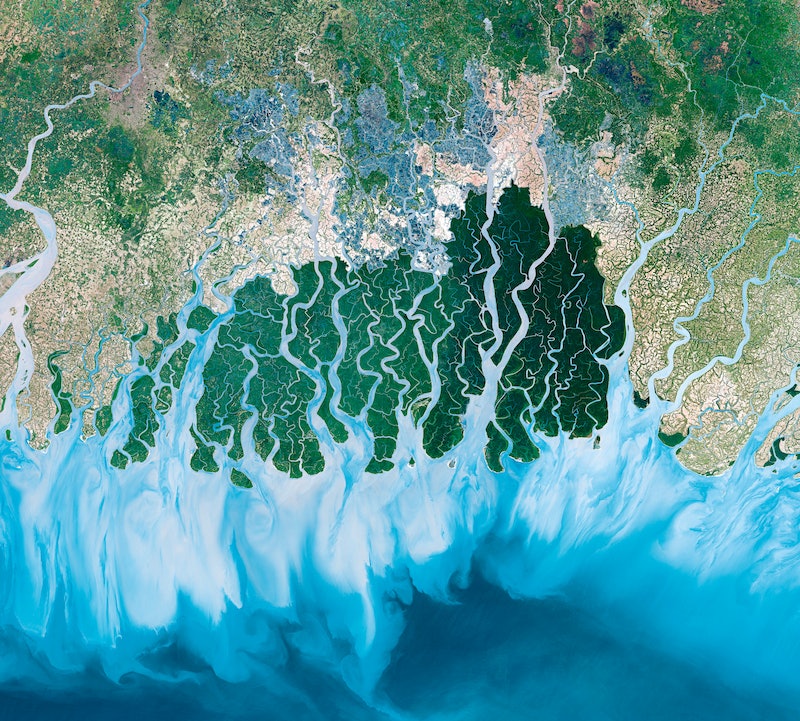 The groundbreaking BBC series Earth From Space treats viewers to a unique perspective of planet earth. As the title would suggest, the incredible footage shown throughout each episode displays our planet from space, and was obtained using satellite cameras which help to display our world in ways viewers have likely never seen before. The BBC series also highlights our ever-changing landscapes, which is having a profound effect on wildlife and the environment. But will Earth From Space return for series two?

As it stands, there has been no confirmation in regards to a second season of Earth From Space. I have reached out to the BBC for comment, and will update with any new information once it becomes available. The first series of Earth From Space premiered on BBC One back in April, and an official BBC synopsis of the show reads, "Cameras in space tell stories of life on our planet from a brand new perspective, to reveal new discoveries, incredible colours and patterns — and just how fast our planet is changing. Hundreds of kilometres up in the sky, cameras allow us to explore Earth's most remote habitats and capture its extraordinary beauty and diversity in astonishing detail. Using cameras on the ground, in the air and in space, Earth From Space follows some of nature’s greatest spectacles and tells the story of our natural world like never before."

As The Sun reports, the series is narrated by the Academy Award-winning actor, Chiwetel Ejiofor. When previously describing the BBC series, the actor said, "This is our home as we’ve never seen it before." In a review from the Guardian, Rebecca Nicholson notes that the nature series does not shy away from the harsh realities of climate change, and the damaging effect it is having on our environment. Nicholson goes on to praise Earth From Space's ability to thrill audiences with stunning visuals, whilst at the same time acknowledging the on-going damage caused to much of our planet's natural landscape.

In an interview with the BBC, the series producer, Chloe Sarosh, discussed what Earth From Space can offer viewers of the show. She said, "The BBC is famous for delivering stunning natural history series with cameras on the ground, in the sea and in the air. With access to cameras in space, this series tells the story of our planet and the natural world from a brand new perspective. Satellite imagery allows the audience to marvel in the sheer scale of the wonders on Earth, but to also explore some of its most remote landscapes and make startling discoveries."

During the interview, Sarosh also touched upon the issue of climate change, and revealed that she found some of the footage featured throughout Earth From Space to be pretty worrying. She said, "The scale and speed of the loss of pristine forest habitat is truly shocking. In Madagascar there are so few trees to hold the islands red earth together that it’s leeching out into the rivers. From space it looks like the island is bleeding."

The fourth and final episode of this captivating series airs Wednesday, May 8 at 9 p.m. BBC One. And if you've fallen behind, you can catch up with the entire first series of Earth From Space via BBC iPlayer.