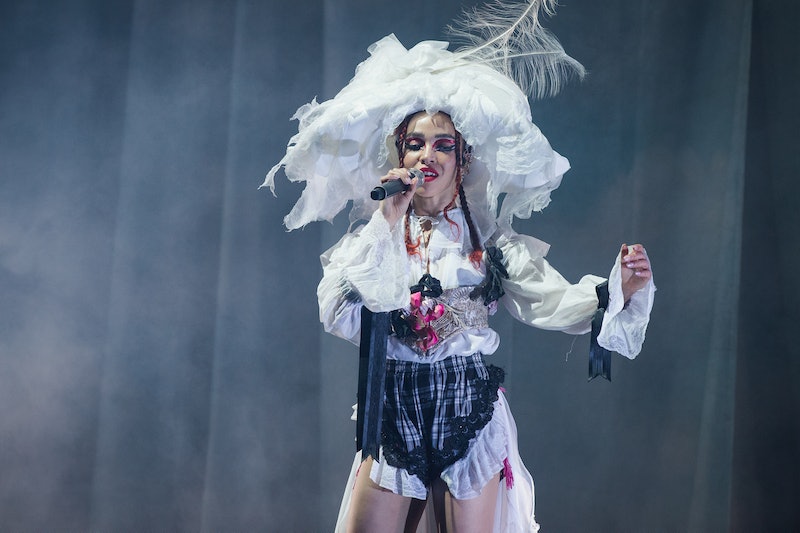 The Brit Awards 2020 are fast approaching, and there are some seriously impressive artists in the nominee line up this year. One such artist is FKA twigs, who has been nominated for British Female Solo Artist: a rather impressive feat. If you're a fan of the singer, there's no doubt you'll be rooting for her, but you may also be gunning to see her play live this year. So will FKA twigs tour in the UK in 2020?

The good news is that if you're desperate to see her, there will be an opportunity to — and you won't have to wait that long at all. FKA twigs will be performing at this year's Lovebox festival in London in June. The festival runs from 12-14 June, and FKA is playing on Sunday 14. The extra good news is that you can still buy tickets to Lovebox — and they're relatively affordable too.

If you just wanted to see her perform, you can buy a day ticket for Sunday's artists for £72.50. Considering many bands now charge more than that for a solo gig alone, that's a pretty impressive price. You'll also be able to see Tyler, The Creator, Charlie XCX, and DJ Harvey that day, to name a few. If you fancy going for the whole weekend (to catch the likes of Khalid, Disclosure, and Jorja Smith across Saturday and Sunday), you can also buy weekend tickets for £155.

Aside from these planned performances, it's unclear whether the singer will be touring in 2020 at all. I have reached out to her reps to confirm with them, but there's nothing online at the likes of Ticketmaster which would suggest she will be. She is actually performing at festivals up until August, so it seems unlikely.

The last tour FKA twigs embarked upon in Europe was her Magdalene Tour, where she performed in cities all across the continent, from London to Cologne, Zurich, Milan, Paris, Brussels, and Amsterdam. Her shows were met with positive reviews, and her talent praised.