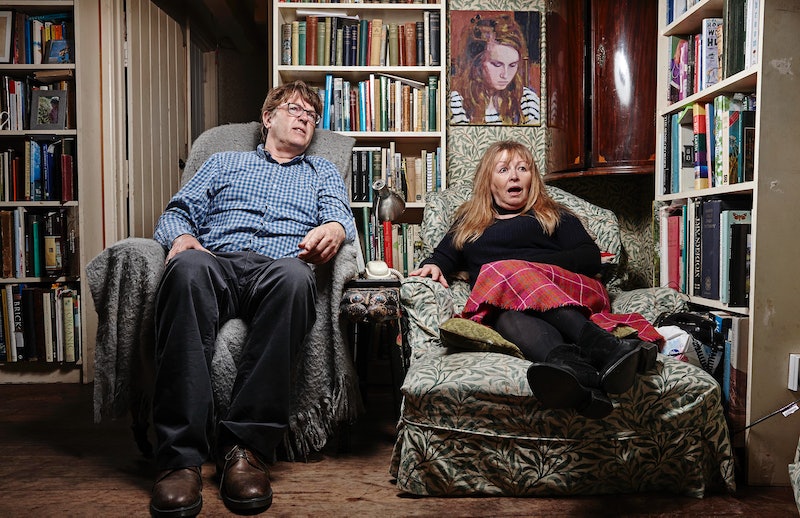 Ever since Channel 4's groundbreaking series Gogglebox debuted back in 2013, TV viewers have been captivated with the opinions and reactions of, well, other TV viewers. The series follows a variety of families across the UK as they settle down to watch, and share their thoughts on, some of the week's biggest telly moments, and many participants of the show have since gone on to become TV stars in their own right. The 13th run of the Channel 4 show is currently underway, but will Gogglebox return for series 14?

As it stands there has been no official announcement of Gogglebox Series 14. I have reached out to Channel 4 for comment on the matter, and will update with any new information once it becomes available. However, The Sun did report that applications for the next series of Gogglebox were open, which could signal that a 14th series is indeed on the cards. The publication claimed that you can apply to take part in the series via Gogglebox's production company Studio Lambert, and that applicants were required to send an email to applyforgogglebox@studiolambert.com, explaining why they believe they're right for the show.

But you might not want to press send on that carefully-crafted email just yet as the show recently denied that they accept applications in this way. Instead, a spokesperson explained via their official Twitter page that that cast members are usually found through street casting.

The post read: "The @TheSun & @hellomag are posting that we are looking for applicants for #gogglebox This is untrue. We have never carried out an application process for the show and have predominantly only ever street cast. We hugely apologise for any inconvenience #fakenews."

Speaking to the Radio Times in 2015, the show's creator Stephen Lambert insisted that Gogglebox never advertise that they're on the lookout for fresh applicants. He said, "Everybody on Gogglebox has been found and persuaded to be on the show and I think that's the key to why they are likeable and why the show works, because we get to know these people. We've never advertised for people on Gogglebox."

The show's executive producer, Tania Alexander, also revealed what makes for the ideal Gogglebox star. During an interview with the Radio Times, she revealed, "I knew from the off that I didn’t want to put people on television who wanted to be on television. I wanted to put people on television that had the ability to make us laugh very naturally and that’s quite hard. Our lot are actually really good at what they do because they’re very receptive to what’s going on. There’s a lot of craft involved in Gogglebox but at the same time it’s totally down to our cast who are, I think, utterly brilliant."

So if you're already counting down the days till Gogglebox Series 14, keep your eyes peeled for updates, and if you were hoping to become a star of the show, you'll just have to hope the producers come to your local high street next.