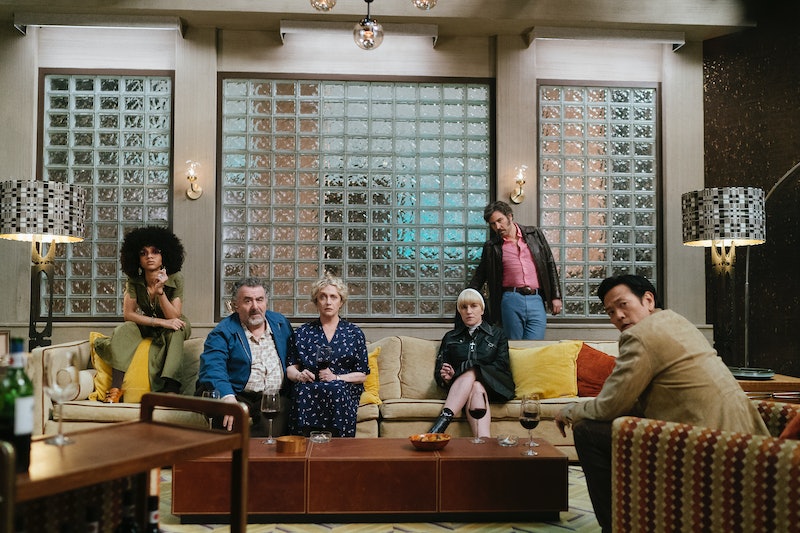 Jordan Peele's new project is here, and it's all about hunting Nazis. Hunters, created by David Weil and produced by Peele, stars Al Pacino as a Holocaust survivor named Meyer Hoffman. Alongside new recruit Jonah (Logan Lermen), he leads a band of Nazi hunters in 1977 New York City as they attempt to stop high-ranking Nazi officials from creating a Fourth Reich in the United States. Whether or not they're successful will likely depend on what plans, if any, there are for Hunters Season 2, but it could be a while until we find out. Amazon has yet to announce if the show will return, and their decision-making time can vary. Marvelous Mrs. Maisel took only a week to get a Season 4 renewal, while new show Undone took over two months.

It's hard to predict how casual viewers will respond to Hunters, but early reviews suggest it's a love-it-or-hate-it kind of show. Like Quentin Tarantino's Inglourious Basterds, Hunters requires a strong stomach. Ben Travers at IndieWire found the series to be both "extremely violent and extremely silly," but felt that "it respects the drama inherent to any Holocaust story" while still allowing fans to enjoy the bloody revenge plot. Ultimately, whether or not you'll like it depends on your ability to "enjoy a particularly harsh blend of fact and fiction," he concluded.

Variety's Daniel D'addario, however, was much less taken by the show. He wrote that "Hunters is above all else an exercise in genre pastiche, blending ultraviolence with brutally unfunny comedy," and that it "demands credit simply for trying, and not trying hard enough."

Some hesitance around the series also has to do with the fact that critics were only given five of the 10 episodes. According to Rolling Stone's Alan Sepinwall, this move "could just be spoiler paranoia" on Amazon's part, or it could unfortunately be that "a show that's already barely in command of its own tone and characters spirals completely out of control in its second half."

Despite the polarizing reviews, Hunters is still a very personal story for Weil. As he said during the Television Critics Association press tour in January, the show is a love letter to his grandmother, who was a Holocaust survivor. Hunters was his opportunity "to don a cape" and battle "xenophobia, hidden crimes, and truths," he said. "It was wish fulfillment for a Jewish kid growing up in Long Island."

Weil added that — though it's set over 40 years ago — Hunters is also a timely and important story, particularly with the rise of white supremacy in America. "This is a show about vigilantes who reclaim their power and asks the question, 'If you hunt monsters, do you risk becoming a monster yourself?'"