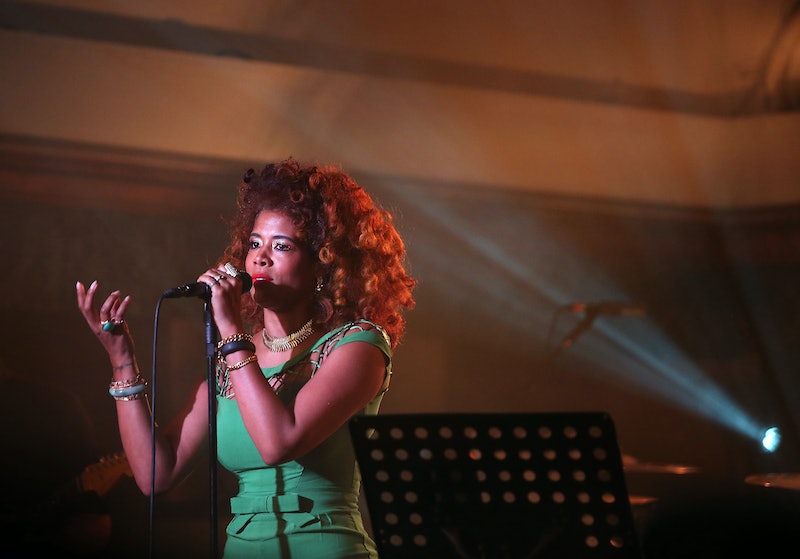 It’s almost hard to believe that the artist who brought us timeless hits like Milkshake and Trick Me has been around for two decades. Kelis stormed onto the scene back in 1999 with the Neptunes-produced hit Caught Out There (a rage-fuelled track that had fans screaming "I hate you so much right now!" at full volume) and inspired a new-generation of artists with her genre-bending sound and colourful style. But now, fresh from an appearance on The Masked Singer and with her first album Kaleidescope old enough to vote and drive, will Kelis tour the UK in 2020?

Good news: Kelis is taking all the tunes from her first album on a UK and European tour, starting in March. Sadly though, the singer will only be gracing two UK cities; Manchester on March 16 and London on March 17. And, unfortunately for Kelis fans from the south, the London date is already sold out.

But don't fear if you can't make the Manchester date either, as Kelis has an evident love affair with the UK. A frequenter of UK festivals, Kelis is booked to make a number of appearances over the summer. Already confirmed is Wilderness Festival at Cornbury Park, Oxfordshire (Jul 30 2020), The Matterley Bowl in Winchester (Aug 12 -16), and Clapham Common in London (Aug 29 -Aug 30). So there's plenty of chances to catch the Millionaire star this year.

When the UK last saw Kelis she performed the late Natalie Cole’s bluesy classic Unforgettable, whilst wearing a bejewelled suit and a helmet shaped like a gigantic daisy. The legendary R&B star took part in ITV’s Masked Singer earlier this year, and reminded audiences of her unique vocal ability.

The UK and European tour will be a welcome return to the stage for Kelis, who has explored a passion for the culinary arts alongside her music career. She began training at chef Cordon Bleu's prestigious cookery school in 2008, later becoming a well-respected chef herself.

Alongside the upcoming tour, Kelis will also be releasing an expanded version of the Kaleidoscope album on February 21.