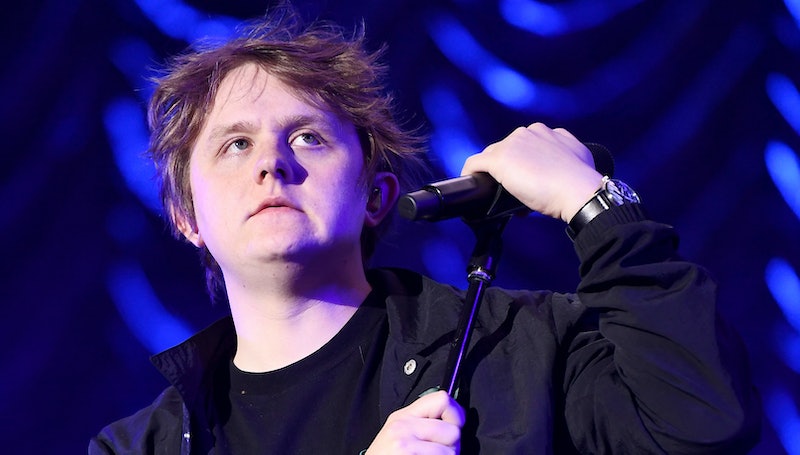 Lewis Capaldi — that name was relatively unknown hardly even two years ago, but it's since come to dominate the charts, your playlists, and many conversations on where music is heading. Following the recent release of his debut album Divinely Uninspired To A Hellish Extent, the 21 year-old guitar-wielding musician has scored himself an a seriously dedicated fan base, which has been following him across the globe for his many shows. Already a very prolific tourer, his fans are hoping to see him a little closer to home, so will Lewis Capaldi tour the UK in 2019?

Calling all Capaldians, I think you may well be in luck. Particularly if you're inclined to spend your summer festival surfing, it's more than likely that you'll catch Capaldi at one of the events you're attending. He's basically got the UK festival circuit on lockdown. While, as his official website states, he's about to embark on a tour across the US, starting in Massachusetts on June 1, and ending in Los Angeles in June 12, he'll soon be homeward bound.

Capaldi's set to hit up some of my favourite lowkey festivals in the UK, including Sheffield's Tramlines on July 12, and London's Truck Festival on July 26. Fortunately, tickets for both are still available, so head to the Truck festival site, or Tramlines site if you're interested.

If you're lucky enough to be heading to Glastonbury this year, you'll also be able to catch him here, as Capaldi was one of the final names to complete the 2019 lineup, as Sky News reports. Aside from his festival dates, you can catch Capaldi on his own fully fledged tour later on in the year. Playing in smaller venues across the country, it might be the last time you'll be able to see the chart smasher in such an intimate setting, as he'll be playing at a series of O2 Academies, before a much larger arena leg of his tour.

His first stop will be at Manchester Academy on November 23, before playing the O2 Academies in Birmingham, Bristol, Southampton, Brixton, and a fair few others up until December 8, with his last smaller stop taking place at O2 Academy Glasgow. As you can probably imagine, tickets for these shows have long sold out, according to Live Nation's site, but you're still able to see him when he makes his arena upgrade in 2020. After that, it's the big time.

He'll be playing his first arena date at SSE Hydro in Glasgow, where he'll take a pitstop for two nights on March 5 and 6. He'll then be playing more arenas across Dublin, Cardiff, Aberdeen, and London, which include his two dates at Wembley. I'm sure the relative newcomer is particularly stoked for those.

Unfortunately, even most of these arena shows have sold out, according to Live Nation, but they do still have tickets available for his Friday, March 13 date at Wembley — turns out his fans might be pretty superstitious — and there are also still a few seats at his gig in Aberdeen on March 15. So, there's still quite a few chances to see your new favourite singer.

More like this
Alison Mosshart Is The Ultimate Rock'N'Roll Star
By Sophie McEvoy
At 28, Melanie C Was Falling In Love & Reclaiming Her Confidence
By Olivia-Anne Cleary
Girls Aloud Announce Primark Collab In Honour Of Sarah Harding
By Sophie McEvoy
Stormzy Made A Passionate Speech About The Importance Of Diversity
By El Hunt
Get The Very Best Of Bustle/UK