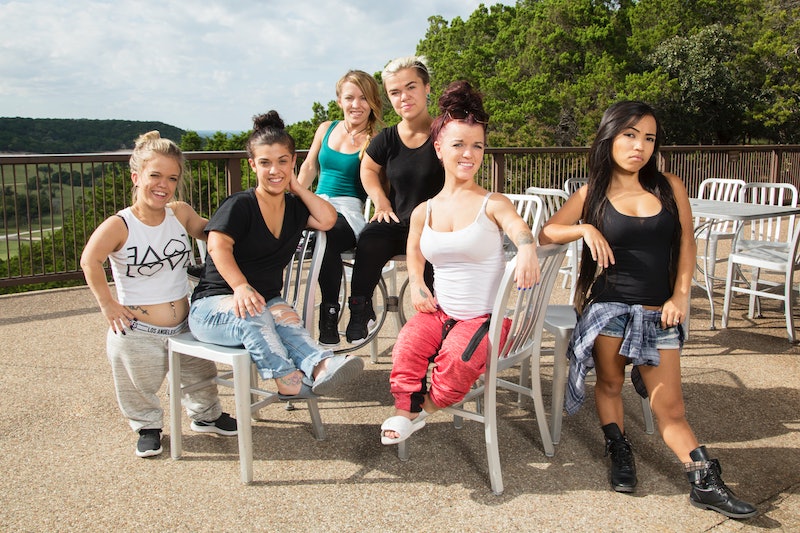 It looks like the Season 1 finale of Little Women: Dallas is going to have it all. Asta is in a stressful situation as she gets ready for her art show while still having to come up with the logo for the Mini Bar. Speaking of which, Terra Jole (yes, the one from Little Women: LA) is set to make an appearance and definitely not hold back her feelings about the new establishment that she's opening up with Emily. Tiffani is also supposed to drop some shocking news about what's going on with her controversial beau Austin. I, for one, can't get enough of this show, so you better believe I'm hoping that Little Women: Dallas returns for Season 2.

You may be saying to yourself, Wait a minute, isn't this the second season of Little Women: Dallas? Well, no. Season 1 initially premiered on Nov. 2, 2016, had a finale on Dec. 21, 2016, then returned with new episodes on April 12, which continued the second half of Season 1. So could Little Women: Dallas now be ready for a full-fledged Season 2?

That is unclear at this point. Lifetime has not yet officially announced whether Little Women: Dallas has been renewed for another season. However, considering the fact that Lifetime's Little Women franchises continue to be successful and each one has had at least a second season, I have a good feeling that more Little Women: Dallas will be on the way. The ratings for Little Women: Dallas have also remained strong throughout both halves of its inaugural season. The series didn't even see much drop off after its hiatus, which means people are sticking with this show and coming back for more. I doubt Lifetime would want to let go of a series with that kind of fan loyalty.

Just because it's not clear if there will be more Little Women: Dallas in the future and, if so, when it will be back on Lifetime doesn't mean the extraordinary lives of its cast stop. Find out what each of the Little Women: Dallas ladies has been up to since filming ended on Season 1, and fingers crossed that these exciting updates end up in Season 2.

More like this
Everything To Know About 'The Real Housewives Ultimate Girls Trip' Season 4
By Jake Viswanath
Everything To Know About 'RHONJ' Season 13
By Brad Witter and Jake Viswanath
Andy Cohen Apologized To Larsa Pippen After A 'RHOM' Season 5 Reunion Dust-Up
By Brad Witter
Every Season Of 'Love Island' Ranked Best To Worst
By Alice Broster, Frances Stewart and Sophie McEvoy
Get Even More From Bustle — Sign Up For The Newsletter
From hair trends to relationship advice, our daily newsletter has everything you need to sound like a person who’s on TikTok, even if you aren’t.