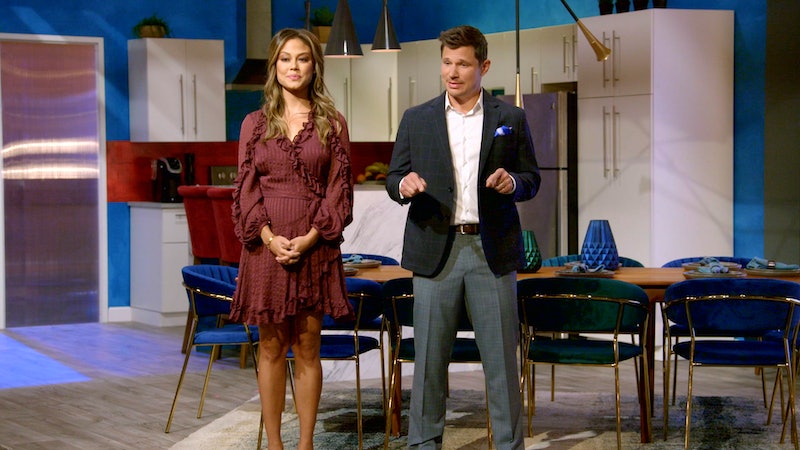 Come Thursday, Love is Blind's dating experiment will come to an end after three internet-consuming weeks. That means that while we have yet to find out which couples actually said "I do," it's already time to start thinking about Love is Blind Season 2. Netflix has yet to make any official announcements about whether or not the show will return, but creator Chris Coelen is already raring to make more.

"I hope we'll see a season 20," he told Entertainment Tonight. "The pods still exist. They're ready to go! For many versions to come and hopefully people around the world spending time in the pods."

Based on the response to the series, Coelen's dream seems pretty likely. According to Netflix, Love is Blind is currently their most-watched U.S. show, and it's been the talk of Twitter since its premiere just a few short weeks ago. Not renewing Love is Blind would almost be foolish.

Furthermore, there's plenty of room for the series to expand. Not only did two engagements happen this season that weren't even shown (perhaps we'll get a bonus episode?), but Coehen wants to take the experiment far beyond Atlanta, where Season 1 was filmed. "There [are] so many different places that we could go," he told Variety, citing Chicago, New York, Boston, and Houston as potential locations. "The idea is that ultimately we're going to do this in other countries — it's very global."

That being said, Netflix's other recent reality hit — The Circle — still hasn't received a Season 2 renewal. But at this point, it just seems like a matter of time. The Bachelor is in its 24th season, who's to say Love is Blind can't get there, too?