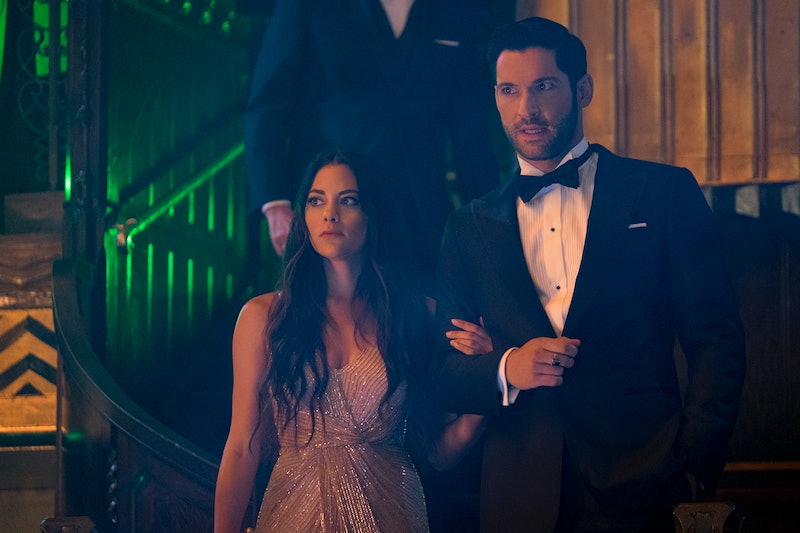 Update: Lucifer has been renewed for Season 6 ahead of its fifth season premiere, a year after Netflix announced Season 5 would be the show's last.

Earlier: It may have found a new home on Netflix, but that doesn't necessarily mean Lucifer will return for Season 5. The show has had a tumultuous year: Fox suddenly canceled it last May amid fan outcry, ending Season 3 with a cliffhanger and leaving viewers in the lurch. Per TVGuide, chairman and CEO of Fox Television Group Dana Walden said they made the decision not to renew Lucifer because when they "looked at the size of the audience, which was starting to get pretty narrow," they "couldn't justify the economics." She concluded that because "it was not an inexpensive show," it wasn't "performing to a broad enough audience in a way that worked."

That being said, Netflix seems invested in the show's success. "Lucifer is a fantastic show that has really resonated with audiences in parts of the world, so we felt it was important for our licensing team to try to help that show continue for our fans," Cindy Holland, Netflix's VP of original content, said at an executive Netflix session at TCA, per Deadline.

And Lucifer certainly has a passionate fanbase eager to see it continue. After its cancellation, fans campaigned to save the show, creating the #RenewLucifer, #SaveLucifer, and #PickUpLucifer hashtags on Twitter, with lead actor Tom Ellis and co-showrunner Joe Henderson joining in.

A month later, Netflix announced it was picking up Lucifer for Season 4, after producer Warner Bros. TV started shopping the series to various streaming services. The move to the streaming platform means that all future seasons will be considerably shorter, as is typical for original Netflix shows; in comparison to Season 3's 26 episodes, Season 4 of Lucifer has only 10. This may be disappointing for fans used to the longer seasons and story arcs, but this way the show can not only tell a more condensed story, but could potentially release new seasons faster, too.

Plus, as Deadline noted, Lucifer is the first DC Comics-inspired series to be licensed directly by Netflix, as it's based on characters created by Neil Gaiman, Sam Kieth, and Mike Dringenberg for DC's Vertigo imprint. Considering Disney canceled its Marvel shows on Netflix and is now planning on shifting all its Marvel content to its own streaming platform, Disney+, Netflix may have an investment in keeping Lucifer going by becoming the home for other comic book properties.

Lucifer definitely fits right in alongside Netflix's latest comic book fare, the delightfully sinful Chilling Adventures of Sabrina (based on a series of Archie Comics by the same name) and the dark-humored Umbrella Academy (based on The Umbrella Academy by Gerard Way and Gabriel Bá). And there's certainly more content to mine, now that Chloe has seen Lucifer's real face. A fifth season could further explore this new aspect of their relationship, as well as dig deeper into the mythology, as Inbar Lavi's new character, Eve, introduces an interesting dynamic.

For now, fans will just have to wait and see if Lucifer will return for another season, but based on Netflix's enthusiasm for the show, things might be looking bright for Lucifer Morningstar.

More like this
Nicola Coughlan Shared A Lady Whistledown Excerpt From ‘Bridgerton’ Season 3
By Grace Wehniainen, Alyssa Lapid and Sam Ramsden
Watch The Thrilling Teaser Trailer Of 'Shadow And Bone' Season 2
By Gretchen Smail, Jack Irvin and Sophie McEvoy
The 'Andor' Timeline, Explained
By Gretchen Smail
Alicent's Green Dress In 'House Of The Dragon' May Be An Act Of War
By Kadin Burnett
Get Even More From Bustle — Sign Up For The Newsletter