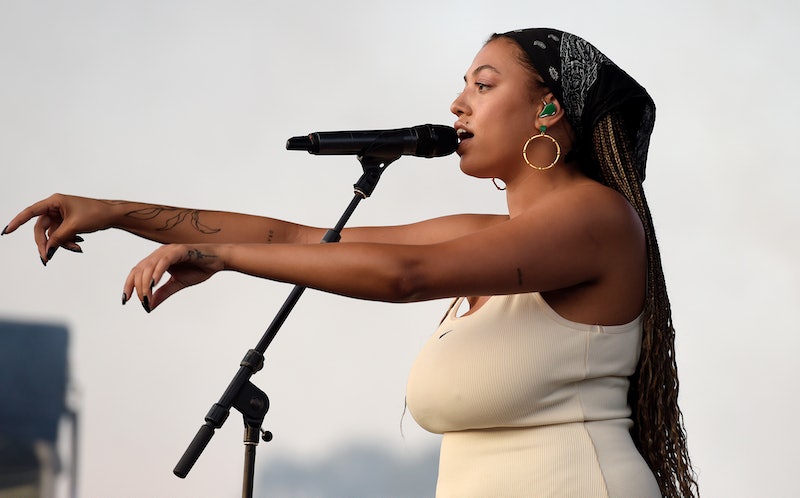 On Feb. 18 the 40th BRITs ceremony will be held at the O2 in London. With nominees including Harry Styles, Stormzy, and Mabel, the best of the best will be gathering to celebrate their achievements in music. Mahalia has been nominated for best female solo artist alongside Charli XCX and FKA Twigs and it’s not hard to see why. She’s made a real name for herself over the last few years but is Mahalia touring the UK in 2020? Her latest album dropped at the end of 2019 and fans are wondering when they’ll be able to see the star live.

According to her website, Leicestershire-born Mahalia Burkmar will be travelling not only the UK, but the world, in 2020. From April 20-26, she’ll be in the U.S. at the Something in the Water Festival in Virginia Beach. She heads to Eastbound Festival 2020 in Dublin on May 16. June 13-14 she’ll be in Manchester at Parklife, then on to NASS Festival in Bristol from July 13-14. She finishes her summer of at Dour Festival in Belgium on July 16. Links for tickets for all these events are available on Mahalia's website. (She’s also playing at the O2 Academy in Brixton on May 1 but, sadly, tickets have already sold out.)

I reached out to an publicist for Mahalia to establish whether she’d be touring on any dates not listed on her website. They’re yet to get back to me but I’ll be sure to update you when they do.

Doing the summer festival circuit may be intense but it’s nothing the singer isn't used to. Signing with Atlantic Records at just 13, Mahalia been building a name for herself ever since. Speaking to Elle recently, she said, “Every time you make a move or write a song you have 10 opinions about it and that really slowed me down. At 18, I imagined I’d move to London and have this wonderful life, but I realised pretty quickly that I couldn’t do that until I made some money.”

In 2019 she won YouTube's One To Watch and released her album, Love and Compromise. Speaking to the BBC about her success she said, “I'm at a point now where I'm like, 'OK, it's taken seven years to get here so I'm not about to rush this last little moment.' I'm still climbing up the hill and I'm nearly at the top."

If you’re heading to a festival this summer then you may get to see Mahalia perform some of her new music. However, after releasing a new album and spending 2019 touring it’d seem she’s holding off on her own tour for now.