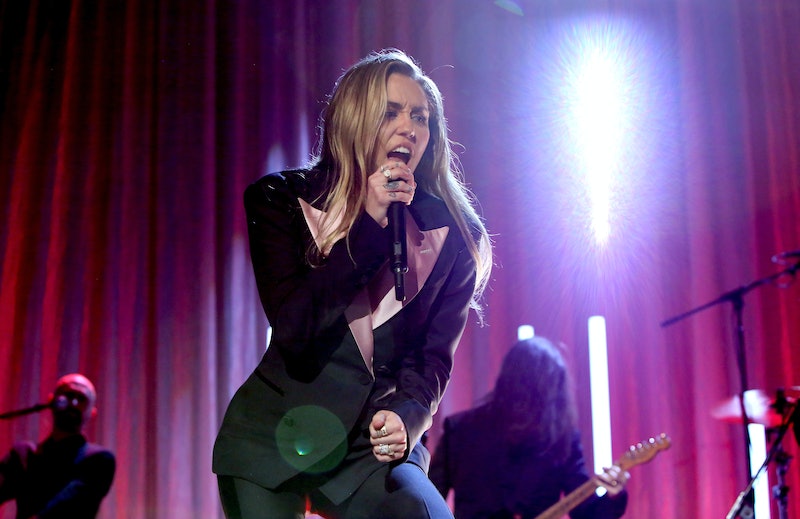 It's fair to say that Miley Cyrus has had quite the musical and aesthetic evolution over the past few years, but this teen idol has stayed iconic throughout. The singer has been behind some absolute chart toppers like Wrecking Ball and The Climb and a lot of her lyrics have got us through a fair bit of teenage angst, (goodness knows how many times I cried to Before The Storm). Her live shows are always known to be outrageous, whether she is twerking or wearing some kind of outrageous attire. But will Miley Cyrus tour the UK in 2019?

While Cyrus won't be participating in any tours of her own, you will be able to catch this singing sensation live over the summer in the UK. Hallelujah. MC's got a pretty booked and busy calendar for the rest of the year, kicking it off next month for Radio 1's Big Weekend, which will be in Middlesborough. She'll be performing on both days, but don't despair if you didn't manage to grab tickets this year, keep you eyes peeled on the Ticketmaster website for resale tickets. (But with MC in the mix, I can't guarantee that there would be many resells, sadly.)

Cyrus is also doing a number of European dates including heading straight to Primavera festival just a couple of days after Big Weekend to perform among the likes of Nas, Tame Impala and Carly Rae Jepsen. She'll then head to Tinderbox festival in Denmark where Billie Eilish and The Chainsmokers will be among the performers. This has a pretty stellar line up, so if you fancy a trip to Denmark and the chance to see MC in action, looks like now's your chance.

MC's final stop of the summer is none other than Woodstock 50 event, which is over in the US (but well worth the plane ticket, I think). Cyrus will be there on the first day of the three-day festival in Watkins Glen, New York August 16. Tickets haven't yet been released for this, so you are in luck if you wanted to attend potentially the most incredible festival ever on its 50th anniversary and reignite the summer of love now is really your time. All of Cyrus' global performance dates this summer are the space of a month a half so she'll be seriously busy. I mean she did tell us she can't be tamed. True to form, I'm expecting big vocals, and fun MC production with — of course — loads of colour.

Social media sleuths will know that MC recently got her bangs cut, so at the moment she looks exactly like her alter ego Hannah Montana, which teased us with a potential reunion giving noughties teens worldwide nostalgia. While its not certain as to whether Cyrus will make a comeback or do a reunion show as Miley Stewart/Hannah Montana, I'm holding out for a new edition ofThe Best Of Both Worlds. Until then, we'll have to wait for Cyrus' next album, which she has promised us in 2019. Then I'm hoping she'll have more UK tour dates. To be honest, I cannot wait.