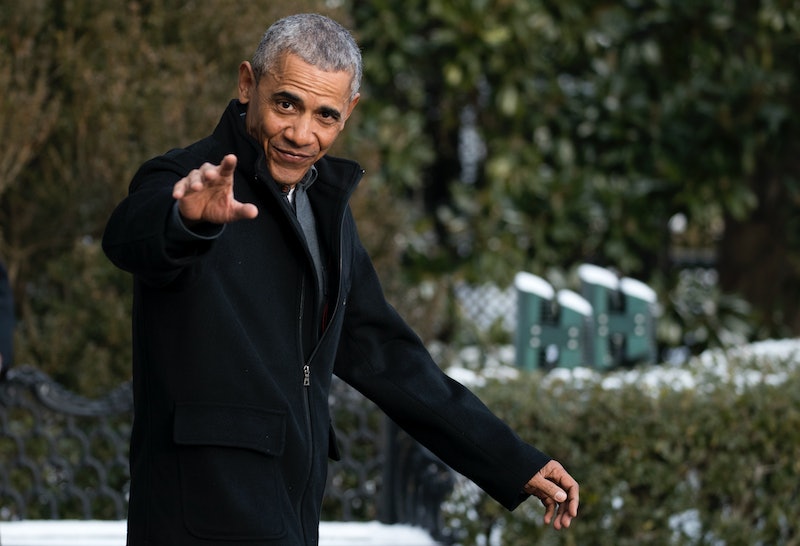 The big day is almost here: After eight years, Barack Obama will hand over the reigns of the U.S. presidency to Donald Trump on Jan. 20. The inauguration is a time-honored tradition in American politics, one that symbolizes the peaceful transition of power that's integral to any liberal democracy. The outgoing president is attending the inauguration — but will Obama give Trump a gift?

It's possible that Obama will give Trump a gift. But there's no reason to expect an exchange one way or another. There hasn't been an official announcement and moreover, outgoing presidents don't traditionally give gifts to their successors. It's just not popular a thing. Or at least if the 44th president gives Trump a gift, we may never find out what exactly it is.

Although it's natural to assume that presidents would be lavished with gifts on their inauguration day, that's not actually the case. According to the State Department's Protocol Gift Unit, which keeps tracks of gifts received by presidents, Obama was given only one gift on his first inauguration: A book and a piece of art from Felipe Calderon, the then-president of Mexico. Obama didn't receive any gifts at all after his second inauguration, according to that same list.

One reason the government keeps records of presidential gift-giving is to avoid any appearance of impropriety or conflict of interest. A gift to a president from, say, a foreign government or private corporation could be interpreted as a bribe or quid pro quo under the wrong circumstances, and that would be double the case if the fact of the gift was kept secret.

This is probably why the State Department's official list of gifts given to the president also has a section explaining why the gift in question was accepted. That said, the explanation is almost always the same — "Non-acceptance would cause embarrassment to donor and U.S. Government" — so that section of the list isn't quite as informative as it could be.

Nevertheless, that State Department list is still a fascinating document, as it provides a glimpse into a narrow world rarely seen by the general public. In 2015, for instance, German Chancellor Angela Merkel gave Obama a "framed watercolor painting of men playing basketball." The same year, the Emir of Qatar gifted him a "silver bowl with the Qatari insignia in the center and bordered by an alphabetical listing of national capitals and their distance from Doha [the capital of Qatar] in kilometers."

If Obama does give Trump a gift, it will end up on that list, and we're waiting on baited breath to see if it happens and if so, what the gift actually is.