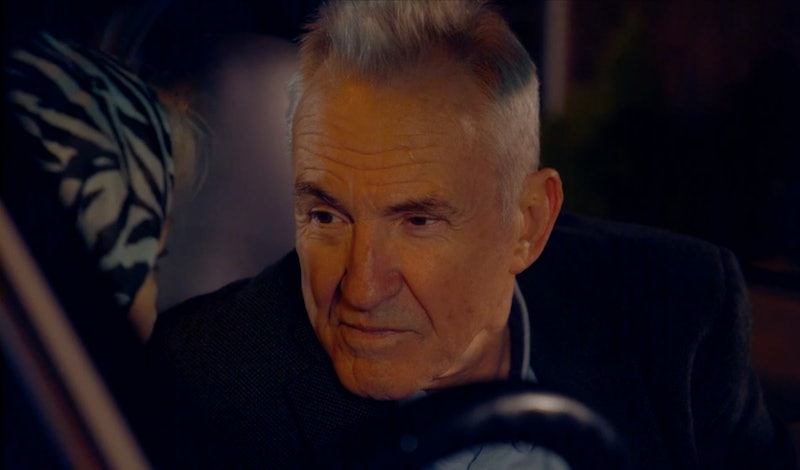 Screenshot via BBC One

A BBC One series that will air on Acorn TV here in the States, Pitching In follows Frank Hardcastle (Larry Lamb), a recent widower who runs an RV park called Daffodil Dunes in North Wales. But as the Londoner is trying to decide whether to move back to England, his daughter, Carys (Caroline Sheen), moves down to help him run things a little more efficiently and make him reconsider his options. And while Season 1 has just five episodes (which is typical of British television), it's too soon to tell whether Pitching In will return for Season 2 or not.

The show premiered on BBC Wales back in February before hitting BBC One on March 5, with the series finishing up later that same month. Now, Pitching In is set to premiere stateside on Friday, May 24 on Acorn TV — a streaming service which features predominantly British shows. In addition to Lamb, who is best known for TV roles like Gavin and Stacey and EastEnders, Pitching In features fellow Gavin and Stacey star Melanie Walters as Kitty, and film actor Hayley Mills (Pollyanna and the 1961 Parent Trap) as Frank's love interest, Iona. The series also includes characters like Reshma (Taj Atwal) and Chloe (Seren Medi Davies), among others. It's obvious from just the trailer that the RV park is a tight-knit group — for better or worse.

As Sheen told Telly Binge about her character, Carys, "She is someone who has a real can do attitude. I like the fact that she's a complicated character who's made some mistakes in her life." And when Frank's daughter decides to stay at the campground to help out her dad, she brings her tech-savvy with her. "[Carys] has decided to help Dad bring the park in to the twenty-first century, with social media accounts, websites, themed weekends a bit of an overhaul of the park décor," the Pitching In actor told the site. "She wants it to be a successful family run park."

And while it's great that Carys has decided to "pitch in" (sorry), there's bound to be some tension, just like in every parent-child relationship. Furthermore, Lamb told North Wales Live that Frank's relationship with Carys is "good, healthy and loving but there's little edges in there." He continued, saying, "It's not always sweetness and light, and they're probably rather similar to each other underneath it all."

So what is the future of Pitching In? Unfortunately, it doesn't seem like the series fared very well across the pond. Although the series is set in Anglesey (an island off the coast of North Wales), per Wales Online, the characters' accents don't reflect that. As @MikeSpikeInker wrote on Twitter, "Surely there's a Welsh production company out there who can be commissioned by a Welsh TV station to make a Welsh based drama with actual Welsh people, accurate accents and better portray our modern, progressive thinking."

That said, it seems like other fans really enjoyed it. When one viewer tweeted at the Pitching In Twitter account, asking whether there would be a Season 2, the account responded, "Watch this space!" So although nothing's been confirmed yet, it seems like the Pitching In cast and crew are hoping that Daffodil Dunes will stay up and running for more seasons. As Sheen told Telly Binge, "I think everyone watching will find someone in the show that they can connect with and find similarities with. I'm really proud of it."

Moreover, Lamb told North Wales Live in the same interview that what attracted him to Pitching In was that it "was focused on what goes on in a little, isolated community that's made up of a whole range of different people from throughout the UK — which is to me what makes it particularly interesting. You've got people from all over the place here, it's not just from North Wales."

So whatever is in store for the divisive BBC series, Pitching In fans will just have to wait and see.