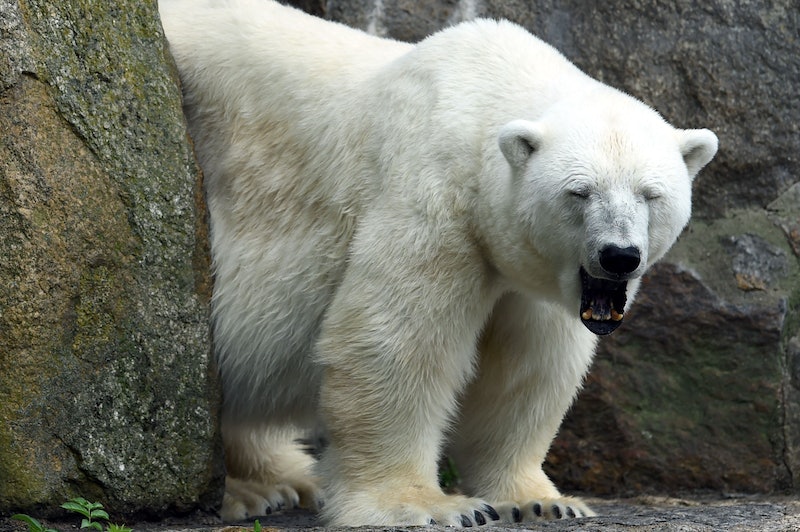 There are many groups who wait in fear to see how Donald Trump's administration will negatively affect them. But an unlikely potential victim of Trump's policies may be polar bears. As their habitat is threatened by climate change, the polar bear population's fate is in the hands of a man that doesn't necessarily believe that we humans have anything to do with the polar ice caps melting.

While billing himself as a populist, Trump's proposed policies are not popular among many marginalized groups in America. Millions could lose their health insurance as Republicans have set their legislative sights on repealing Obamacare. Immigrants live in fear of the hefty deportation order Trump has promised. Muslims are waiting to see if they will need to register themselves to live here under president Trump. And now his political ideology may lead to the extinction of polar bears.

Trump's sometimes difficult-to-follow views on climate change have come under scrutiny in recent weeks. He once famously tweeted that climate change is a hoax invented by the Chinese to deal a blow to U.S. manufacturing. His pick to lead the Environmental Protection Agency is a climate change denier. And just last month Trump said that "nobody really knows" whether climate change is real, and said he is willing to keep an open mind. But if that open mind starts to close around climate change denial, polar bear populations will undoubtedly be threatened, scientists say.

The U.S. Fish and Wildlife Service is urging the government to take action to slow the Arctic melting, the cause of the polar bear population's dwindling numbers. This massive area of ice is where these animals live and hunt, and as more and more Arctic ice melts each year, the polar bears will not be able to survive.

The vast majority of scientists believe that climate change is caused by human activity and the emission of greenhouse gases. These gases cause the ice to melt, which must be limited to save the polar bear species, said the Fish and Wildlife Service.

The U.S. was on track to do something about it, when President Obama signed the Paris Agreement to address climate change last year. The accord involved almost 200 countries, all of whom agreed to take steps to reduce greenhouse gas emissions in an attempt to slow climate change. It was a landmark diplomatic achievement, but Trump said during his campaign that he would not uphold the treaty when in office. He has since changed his tune somewhat, saying that at the least he would consider adhering to the Paris Agreement. But if he does not hold the U.S. to the standards set forth by the agreement, it could be the last we see of polar bears on our planet.