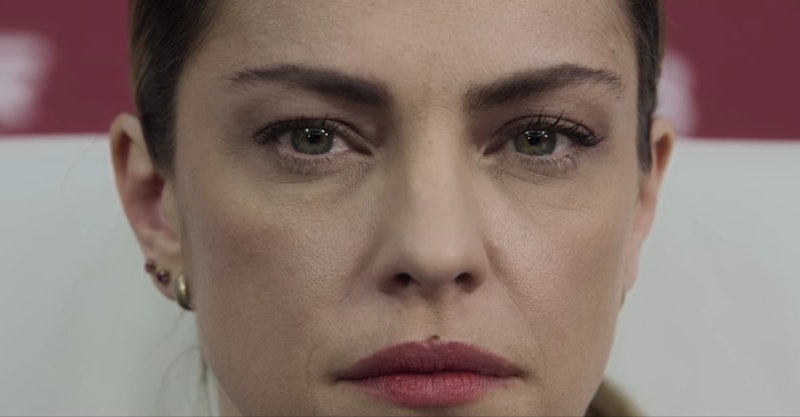 Netflix's new series Puerta 7 peers inside the violent world of Argentina's "barra bravas," a powerful, underground network of soccer fans who've delved into organized crime. Centered around the fictional Ferroviarios Fútbol Club, it follows the team's new head of security Diana (Dolores Fonzi), who's been hired to help put a stop to this intense fanbase. So soon after the premiere, it's not yet clear if Puerta 7 will return for Season 2, but if creator Martin Zimmerman and director Israel Adrián Caetano have their way, it will continue for a long time to come.

"I think that we have invented a world so solid that it can be infinite if one considers it," Caetano told the Argentine paper La Nación in a translated interview. "There are lots of things to investigate, [and] the world of football is unfathomable." In fact, Caetano told La Voz de Interior he thinks their universe is "so big that we could do 20 seasons maybe."

As for whether or not that will happen, Puerta 7 seems to have been well received so far. The Cinemaholic called it "revolutionary despite its flaws," particularly praising its unique portrayal of soccer. Unlike comedies such as Bend it Like Beckham, She's the Man, and Kicking or Screaming — not to mention the hilariously bad FIFA propaganda film United Passions — Puerta 7 delves into the less commonly depicted dark side of the game.

If the series is renewed for a second season, it could be a while until it makes its way to screen. Per Variety, Puerta 7 was originally ordered in 2018; if production for Season 2 follows that timeline, it may not hit Netflix until 2022. But if you're impatient, you could always read about the real barra bravas to satiate your curiosity while you wait.

More like this
What’s New On Netflix: Ana De Armas’ 'Blonde' & A Nick Kroll Special
By Arya Roshanian
What’s New On Netflix: Meet 'The Real Bling Ring'
By Arya Roshanian
'Heartstopper' S2 Just Welcomed Four Brand New Cast Members
By Nola Ojomu and Sam Ramsden
'Elite' Season 6 Is Arriving Sooner Than You Think
By Gretchen Smail and Grace Wehniainen
Get Even More From Bustle — Sign Up For The Newsletter